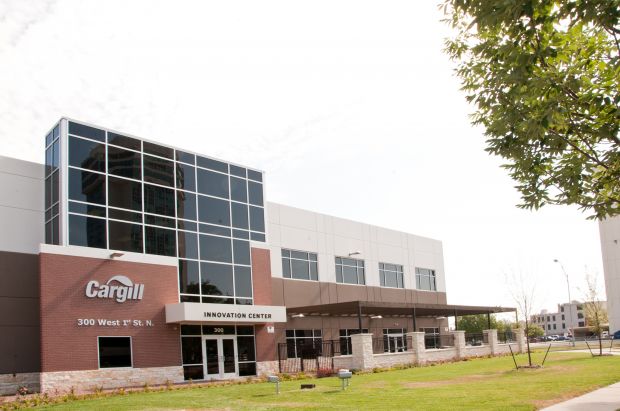 Photo: Cargill
fleischwirtschaft.com — USA, Wayzata, Minnesota. Cargill reported financial results for the fiscal 2017 second quarter and first half ended Nov. 30, 2016.
Facebook
Twitter
Key measures include: Adjusted operating earnings rose 80% to $1.03 bn in the second quarter, compared with $574 mill. in the year-ago period. For the half, earnings stood at $1.86 bn, up 57% over last year. Net earnings for the quarter on a U.S. GAAP basis were $986 mill., down 29% from $1.39 bn a year ago, when Cargill realized large gains from business divestitures, which are excluded from adjusted operating earnings. First-half net earnings were down 3 percent to $1.84 bn for the same reason. Revenues were $26.9 bn and $54 bn for the quarter and half, respectively, each down 1% from last year.

The Animal Nutrition & Protein segment was the largest contributor to adjusted operating earnings in the second quarter, with results up notably from the prior year. The North American protein group delivered strong performance across its product lines. Thanksgiving holiday demand boosted whole-bird sales in the turkey business, while a more normalized cattle supply, optimized production and healthy consumer demand contributed to a recovery in beef from last year’s low. The egg business continued to see strong sales volume in foodservice. The segment’s global poultry group improved on last year’s second quarter, led by good results in Asia. Second-quarter earnings in global animal nutrition were essentially even with last year, due to a mix of largely offsetting factors around the globe.

During the quarter, Cargill announced a joint venture with So Good Food, a subsidiary of agri-food company Japfa, to make further-processed poultry products in Indonesia. In addition, Cargill broke ground on a facility in the Philippines with partner Jollibee Foods that will produce dressed and marinated chicken for Jollibee, a large Asian foodservice company. Lastly, it began an expansion of its poultry complex in northeast Thailand, which serves export markets around the world.

Earnings in Food Ingredients & Applications saw a solid rebound over last year’s second quarter. The segment continued to strengthen its operational efficiencies across the board, achieving good gains in sweeteners and edible oils in most regions. Cocoa and chocolate realized moderately better results as improved press margins in Europe helped make up for crop difficulties in West Africa that limited origination volume. Increased production helped lift ethanol earnings in North America. Salt and deicing results dropped against the year-ago period as customers in North America carried over inventories of deicing products from last year’s mild winter.