Carbon gas emissions can be reduced

Carbon gas emissions can be reduced 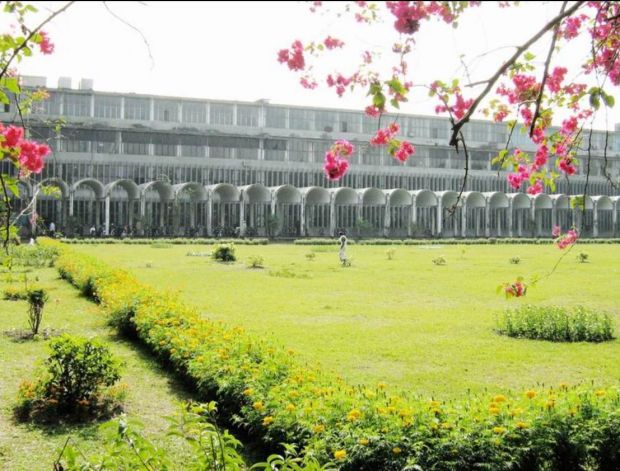 A recent study conducted by Bangladesh Agricultural University (BAU) says carbon or methane gas emissions can be reduced by 20-35% through using poultry droppings and vermin compost in paddy fields along with traditional nitrogenous fertilisers.

Prof Dr Muhammad Aslam Ali of Environmental Science Department at BAU along with Prof Dr PJ Kim of Gyeongsang National University, South Korea has conducted the study. Other members of the research team were Dr Murad Ahmed Farukh and Jahangir Alam, a master's Student of the same department.

Researchers had used compost, decomposed cow dung, town compost, bio-gas slurry, poultry droppings and vermin (worm) compost combined with nitrogenous fertilisers in 21 experimental plots. Then produced gases were collected from the gas chambers set up in each plot by using syringe and analysed at the Environmental Chemistry Lab of Gyeongsang National University.

The researchers found that poultry droppings and vermin compost are the most effective bio-fertilisers that produce 20-35% less methane and other greenhouse gas compared to others. Besides, rice production significantly increased and production costs also reduced.

Dr Aslam stressed the need for creating awareness among the farmers of the country and urged all and organisations concerned to be aware of greenhouse effects. He suggested that the government and institutions concerned launch mass campaign for using these two organic
fertilisers in crop lands to minimise greenhouse gas emissions and make the earth liveable for all.

The demand for foods for the growing people of the country is increasing day by day and farmers of the country are indiscriminately using various nitrogenous fertilisers in their crop lands to boost production of rice and other crops to meet huge demand. As a result, a huge amount of carbon or methane gas, commonly known as greenhouse gas responsible for global warming, is being released in the air mostly emitted from these inorganic fertilisers.

Of a wide variety of sources of atmospheric greenhouse gases, paddy fields are considered one of the most important sources and emitting about 5-20% of the total emissions from all anthropogenic sources. The Intergovernmental Panel on Climate Change (IPCC) estimated that the global emission rate from paddy fields was 60 Teragram/year with a range of 20-100 Teragram/year.