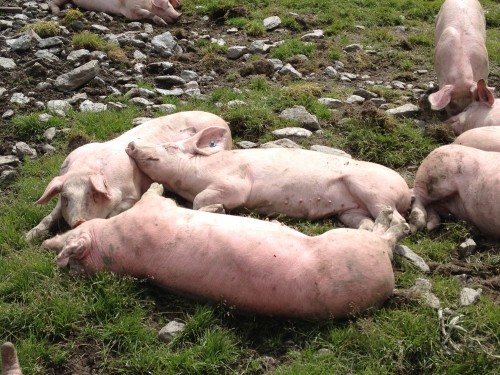 Canadian pork producers who ship live animals to the United States must comply with new requirements for identifying pigs imported from Canada, the Canadian Pork Council reported. Anyone who ships or receives pigs in Canada must report the animals' movements within seven days using the PigTrace database.

PigTrace Canada is a live animal traceability initiative used to ensure quick identification of swine operations that may be affected by a food safety issue or animal disease outbreak. In
October, Canadian Agri-Traceability Services (CATS) received a government grant of Can$7.5 mill. to adapt its technology for Canada's swine industry.

As of 1 November, the US Department of Agriculture stopped accepting former methods of swine identification - ear tattoos with old Canadian Food Inspection Agency site identification numbers and metal Health of Animals tags. Now, producers can ear tattoo with their herd mark, but breeding pigs must have PigTrace ear tags. Animals sent direct from the farm don't need any form of identification, but if the animal goes through a Canadian assembly yard first, it must have either a PigTrace tag or a slap tattoo on the shoulder, according to CPC.