Aoste wants to grow with innovations 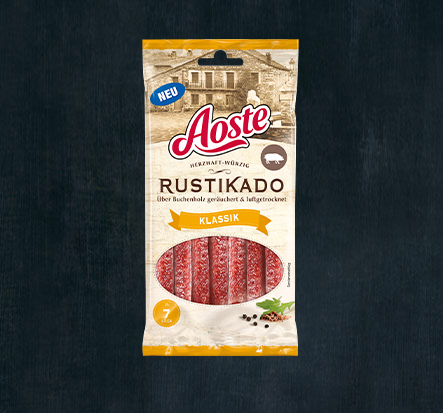 GERMANY, Ratingen. The Spanish meat products giant Campofrio Food Group (CFG) is investing in the German market: a new salami is being launched by the Group subsidiary Aoste, which is one of Germany's best-known brands of raw sausage and ham.


While CFG holds a leading market position in neighboring European countries with brands such as Aoste, Imperial, Stegeman, Fiorucci and Campofrio, the company is only one supplier among many in Germany with sales of around 6,000 t. Of its annual sales of around € 2 bn., the group generates around € 55 mill. in Germany. However, the brands Aoste and Campofrio are active in profitable niches with air-dried salami, Serrano ham and chorizo.

The business is now to be expanded, for example with smoked salami sticks under the Aoste brand. "This is the next step and we are moving into new categories with further added-value concepts," says Marketing Manager Christopher Klotz in an interview with the "Lebensmittel Zeitung". The most important innovation is likely to be the new "Rustikado" sticks, which are intended to complement the "Stickado" range. The classics will also be renewed: eight self-service cold cuts products will be given a new design and low plastic packaging.

Aoste has been present in this country for 40 years this year. Germany is an important export market for the company.