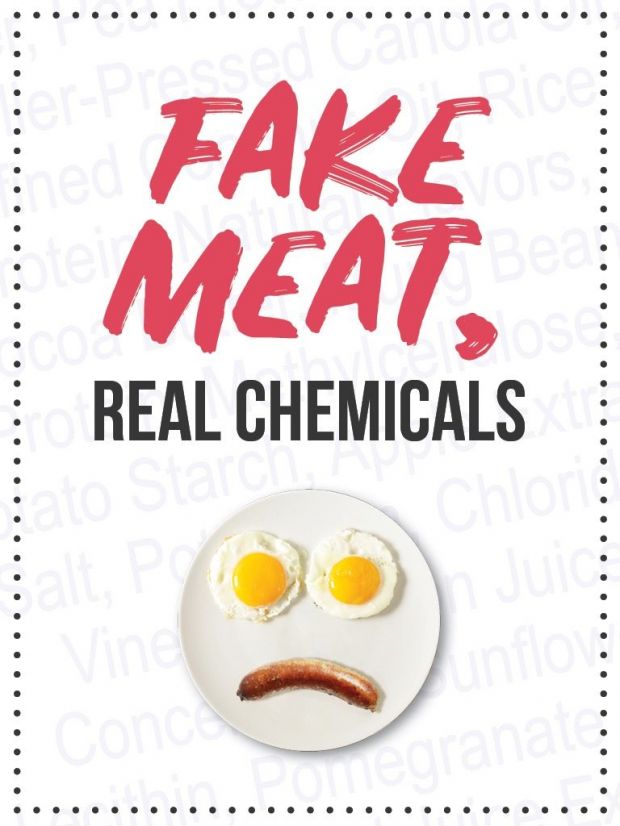 Consumer Freedom has run ads in the New York Times to to educate consumers with the slogan „Fake Meat, Real Chemicals“.

USA, New York. In an effort to educate the public on the contents of plant-based meat, the Center for Consumer Freedom ran a full-page ad in The New York Times that puts the ingredients of these products on display.


Given that nearly 50% of consumers incorrectly believe plant-based proteins are healthier than the real thing, the organization believes it is important to expose the inaccuracies surrounding fake meat and real meat.

Organization takes a look at backgrounds

These aren’t regular veggie burgers. Plant-based meat is an ultra-processed concoction that can boast contain dozens of ingredients, many of which are fillers and additives. The National Institutes of Health found that ultra-processed foods can cause weight gain and overeating. These habits can lead to obesity, which increases the risk of an assortment of diseases.

While fake meat companies are hoping to exploit stories about the need to reduce consumption of real meat, according to recent findings in the Annals of Internal Medicine, reducing red meat consumption has little to no effect in reducing the risk of heart disease, cancer, or stroke.

In addition, even if all Americans were to stop consuming all products produced from animals US greenhouse gas emissions would decrease by 2.6%. Despite what anti-meat activists or companies may say, switching to meat analogues won’t save the planet, is their conclusion.

Background
The Center for Organizational Research and Education (CORE) is an American non-profit organization founded in 1995 under the name Guest Choice Network and named the Center for Consumer Freedom (CCF) from 2001 to 2014. It is headquartered in Washington, D.C. Under the umbrella of CORE, numerous projects are carried out which, according to their own statements, aim to "research and educate" about "activist groups" in environmental protection, consumer protection and science. Researchers have repeatedly described the center as a front organization for interests of, among others, the food industry or fossil energy companies.