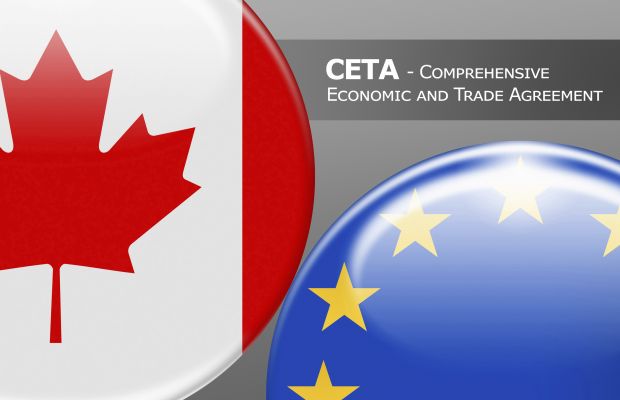 BELGIUM, Brussels. The EU Trade Committee (INTA) has approved the Comprehensive Economic and Trade Agreement (CETA), marking a major step toward the deal between EU and Canada becoming reality. The EU now looks poised to move into an agreement which could revolutionise the European food industry.


The vote passed through INTA with 25 votes to 15 and one abstention. The agreement now rests on a final plenary vote in Strasbourg next month.

Since the close of negotiations in 2014, thousands of organisations have joined a protest against the deal, saying CETA will grant multinational corporations sweeping powers that would erode measures preventing environmental protection, public health and workers' rights.

The European Public Health Alliance (EPHA) has expressed serious concern over the implications of the agreement for public diet. Ever increasing measures against foods high in fat, salt and sugar (HFSS) could be eroded under the agreement, which guarantees corporations the right to sue governments for interfering with or damaging their expected profits.