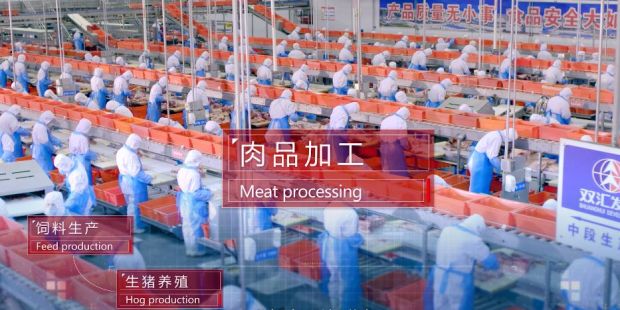 The company announced its results in the departments packaged meats, fresh pork and hog production.

CHINA, Hong Kong. WH Group Limited announced the results of the company and its subsidiaries for the nine months ended September 30, 2019. For the first nine months of 2019, revenue of the Group increased by 3.7% to $17,193 mill.

•Profit attributable to owners of the Company, before biological fair value adjustments increased by 8.5% to $ 820 mill.

For the first nine months of 2019, volume growth of packaged meats was 0.3%. Revenue increased by 0.6% to $8,893 mill. Operating profit decreased slightly by 1.3% to $1,144 mill. as the margin in China was adversely affected by the soaring raw material costs. However, operating profit in the US and Europe was notably up by 8.1% and 17.9% respectively due to enhanced product mix and improved operating efficiency.

Total number of hogs processed in the review period was similar to that of the same period last year as the increase in Europe led by capacity expansion was offset by the decrease in China resulting from the stringent hog supplies amid the spread of African swine fever (ASF). External sales volume of fresh pork was 3.5% lower than the comparable period of 2019 as the company adjusted their operating strategy. Operating profit increased by 13% to $156 mill. The growth driver was the operation in China, which rose significantly by 54%.

The hog production volume increased by 6.5%. Operating profit was $70 mill. (comparable period of 2018: loss of $43 mill.). The turnaround was mainly driven by the higher hog prices and favourable hedging results in the US. The operating profit in Europe also increased as it had benefited from the price hike caused by the spread of ASF in China and Europe. Operations in China, however, were negatively impacted by ASF as cost structure was worsened.