US expands trade with Japan 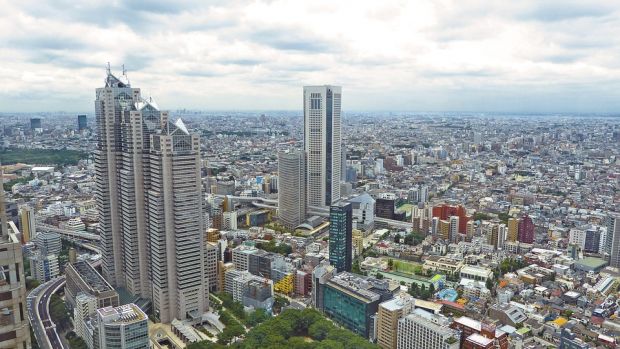 The US-Japan agreement is to start new trade talks to narrow the US trade deficit. This is approved by many organizations.

USA, Washington. The new Trade Agreement on Goods (TAG) talks are the latest in a long line of bilateral negotiations aimed at opening Japanese markets or, in some cases such as voluntary export restraints from 1981-1994, curbing Japanese exports to America.


Japan has already removed many formal barriers to foreign goods as a result of those talks, leaving relatively little room for measures that would have a big impact.

Japanese Prime Minister Shinzo Abe said the new framework for a Trade Agreement on Goods (TAG) was “completely different” from a wide-ranging Free Trade Agreement (FTA) that includes rules on investment and services - although a joint statement mentioned services as one target area.

The agreement also says market access steps - read import tariff cuts - for farm goods will not exceed those under other deals by Japan, such as the Trans-Pacific Partnership pact Trump abandoned last year.

The National Pork Producers Council strongly praises the decision, following the announcement by the White House that the United States and Japan soon will begin trade talks. The Asian nation is the U.S. pork industry’s No. 1 value market, importing in 2017 more than $1.6 bn. of US pork.

NPPC President Jim Heimerl commented: “Japan has been our top export market for years, so it’s good that the administration wants to solidify the relationship with that important economic and geopolitical ally. This is very positive for the US pork industry, and it comes at a time when pork producers were having concerns about losing market share in Japan.”

That’s because the US pork industry’s biggest competitor, the European Union, recently concluded negotiations on a free trade agreement with Japan. That deal is set to become effective early next year. Additionally, the Comprehensive and Progressive Agreement for Trans-Pacific Partnership (TPP minus the United States) is expected to be finalized in early 2019.

The National Cattlemen's Beef Association President Kevin Kester released the following statement in response to the announcement that the United States and Japan will pursue a bilateral trade agreement: “The NCBA strongly supports expanding trade with Japan, because Japan is our top export market, accounting for nearly $1.9 bn. in US beef sales in 2017. Unfortunately, U.S. beef faces a massive 38.5% tariff in Japan - a trade barrier that hurts America’s beef producers and Japanese consumers.”