From Editor fleischwirtschaft.com
Wednesday, May 11, 2016 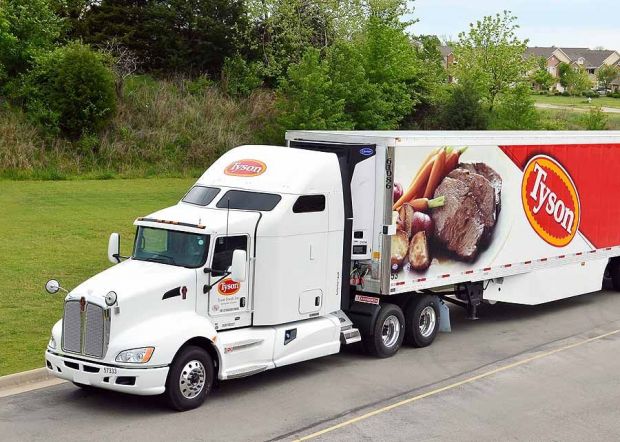 USA, Springdale, Ark. Tyson Foods Inc. raised its annual guidance to $4.20–$4.30, as strong consumer demand along with lower costs for feed combined to lift the company’s net income 40% in the second quarter.

In the beef segment, adjusted operating income increased to $40 mill. from a loss of $20 mill. a year ago due to more favorable market conditions associated with an increase in cattle supply which drove down costs for fed cattle. Sales volume advanced on higher live cattle processed.

Excluding the impact of the divestiture of the company’s Heinold Hog Markets business, sales volume in Tyson’s pork business grew 3.1% on improved demand for pork products.  Adjusted operating income in the segment was $140 mill., up from $99 mill. in 2015.

In the prepared foods business, adjusted operating income advanced to $197 mill. from $157 mill. in the second quarter of 2015. Sales volume in the segment was flat, but declined in the in the first six months of fiscal 2016.