Tyson Foods had a record year 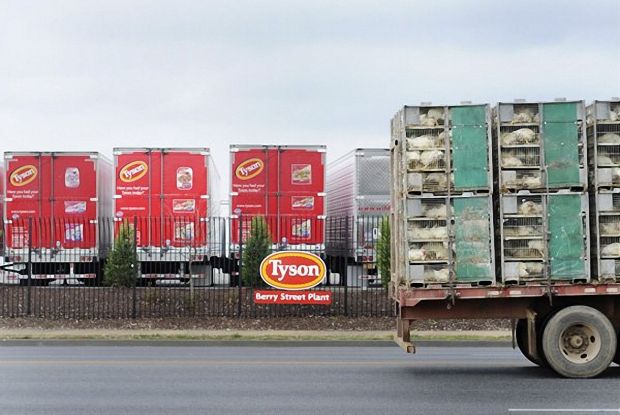 USA, Springdale, Ark. The acquisition of Hillshire Brands in 2014 had a dramatic impact on Tyson Food’s earnings during fiscal 2015, ended 3 October. Despite such hurdles as the West coast port slowdown that disrupted beef and pork exports, an outbreak of avian influenza that limited poultry exports and an unprecedented decline in live cattle futures, the company generated record results.

Tyson’s chicken business had a strong year, generating $1.3 bn. in operating income, according to the company. Breaking down Tyson’s chicken business, Donnie Smith, president and chief executive officer of Tyson Foods, said 52% of sales are in retail, 17% are in value-added food service sales, 16% are to food service national accounts, and 15% are such commodity products as leg quarters.

During fiscal 2016, Mr. Smith said Tyson Foods will be extending the Jimmy Dean brand into the bacon category and positioning the product as a premium option.