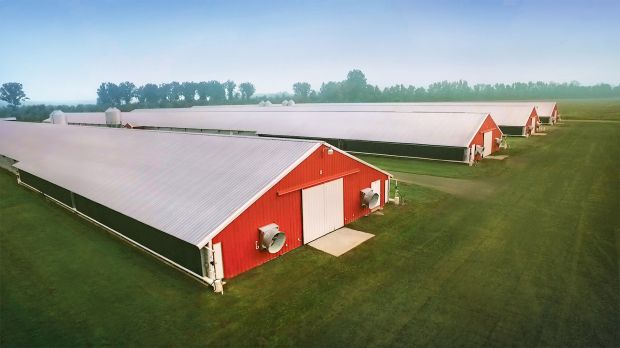 Joe F. Sanderson, Jr., chairman and chief executive officer of Sanderson Farms, also explains that the company is cautiously optimistic as they enter fiscal and calendar 2020.

“Similar to fiscal 2018, market conditions weakened significantly during our fourth fiscal quarter of 2019. Despite weakness during our fourth fiscal quarter, overall market prices for poultry moved counter-cyclically higher during November and December, and several factors are expected to support higher market prices for poultry meat as we move into the new calendar year. The protein deficit caused by African swine fever in China and other countries, recently well-publicized chicken sandwich features at quick serve restaurants, and expected higher retail pork and beef prices should all support stronger poultry markets as we move into 2020,“ said Joe F. Sanderson, Jr., chairman and chief executive officer of Sanderson Farms, Inc.

“We continue to make progress toward full production at our new poultry complex in Tyler, Texas,” he added. “The start-up in Tyler has gone very well, and we are now processing at approximately 75% capacity. We expect to reach full production of 1.3 mill. head per week at the new plant during our second fiscal quarter of 2020. At full production, that plant will produce approximately 390 mill. pounds of tray pack product annually for our retail grocery store customers“

He also explains that the company is cautiously optimistic as they enter fiscal and calendar 2020. Poultry market prices have moved counter-cyclically higher in November and December, and most expect protein markets to be supported in 2020 by a worldwide protein deficit caused by African swine fever’s impact on Asian pork supplies. In addition, increased promotional activity for chicken sandwiches at quick-serve restaurants and higher expected prices for beef and pork should also support a stronger poultry market as we move into 2020.