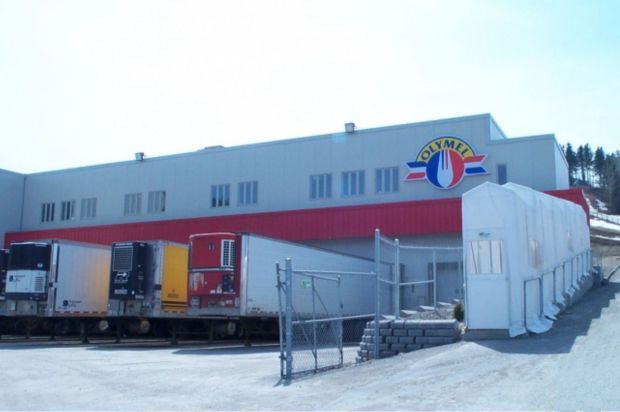 CANADA, St. Esprit, Quebec. Olymel plans to expand a hog slaughter and processing facility in the Lanaudière region of Quebec with an investment of $19.5 mill. The project is part of the company’s strategy of consolidating its pork operations.


The St. Esprit facility will grow by around 29,250 m2 bringing the total area of the facility to around 179,750 m2. Upgrades will include a refrigeration room, and production tables will be reorganized to increase production volume of value-added products. Olymel said slaughtering capacity at the plant will increase to 40,000 hogs a week from 30,000 hogs. The facility at St. Esprit produces various cuts of pork, seasoned pork products and vacuum-packed items. The plant expansion will add chilled fresh pork capabilities to the facility. Currently, 810 employees work at the plant; the plant expansion will create an additional 200 positions.

Olymel also announced that employees represented by the United Food and Commercial Workers (UFCW) union Local 1991-P have agreed to extend by a collective agreement seven years beyond an expiration date of 31 May 2018.

And on 7 June, Olymel acquired La Fernandière, Trois-Rivières sausage producer, whose production volume is expected to triple due to an investment of more than $1.183 mill. and the creation of 30 new jobs.