From Editor fleischwirtschaft.com
Thursday, May 02, 2019 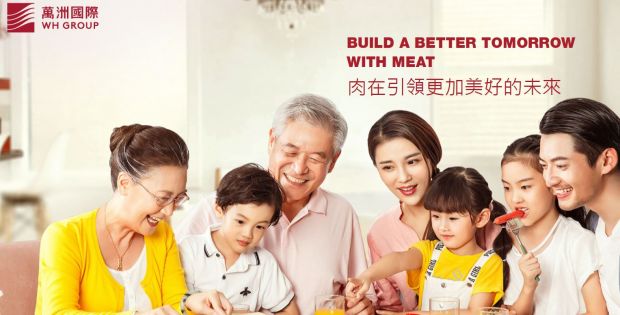 The company was dragged down by weak fresh pork prices in all markets and lower sales volumes in the United States.


Higher raw material and other costs in China and oversupply in the US hog market hurt overall profits, said the company, the world’s largest pork producer. The average hog price in the United States decreased 17% in the quarter versus the same period last year. WH Group said attributable profit, before biological fair value adjustments, decreased by 21.3% to $196 mill. while operating profit fell by 10% to $341 mill.

The group, which owns US-based Smithfield Foods Inc, said a later Easter holiday compared with last year undermined sales of packaged meats in the US, and exchange rates in China also hit revenue that came in at $5.28 bn., a 6% fall. Oversupply and weak prices in the US and Europe pushed operating losses in hog production to $168 mill. from $13 mill. in the quarter, it said.

The group’s Chinese unit, Henan Shuanghui Investment and Development Co Ltd, however, said in a separate announcement its net profit in the first quarter rose 20.3% to $190.16 mill. Shuanghui slaughtered 4.7 mill. pigs in the reported period, about a fifth more compared to a year earlier, as the firm took advantage of relatively low hog prices before China’s Lunar New Year holiday in February and the impact of African swine fever, a deadly disease that has swept across the country.

Hog prices were under pressure earlier this year as measures to tackle an outbreak of African swine fever, a deadly disease that swept across China, led to a build-up in inventory in many parts of the country. But WH Group also said that external sales volumes of fresh pork in the quarter were stable at about 1.1 mill. t. The company did not comment on the potential impact of rising raw material prices.

African swine fever, which is fatal to pigs but does not harm people, has caused huge losses in the world’s largest hog herd, pushing up the price of live hogs since March. Prices in China could jump by 70% in the second half of the year, said an agriculture ministry official earlier this month. Rising pork prices are also expected to pressure major overseas processors such as Hormel Foods Corp, as surging imports from China drive up global prices.