Burger Carl’s Jr. goes Down Under 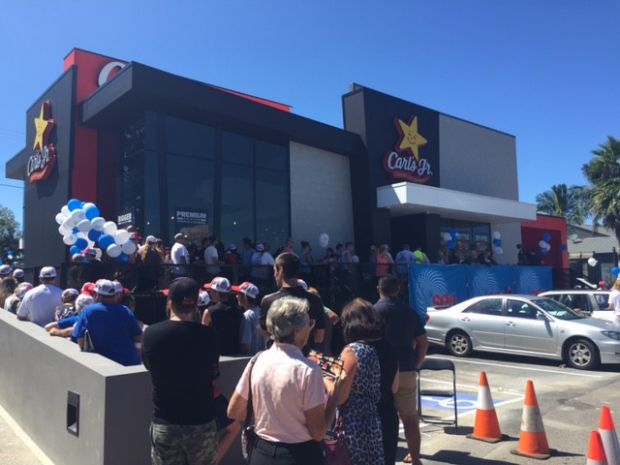 Other Restaurants will follow and mark the beginning of an agreement between the BKG Group and CKE. Ten new restaurants are supposed to open in central, mid and northern New South Wales coasts and other two at the brsbane airport in July 2016 and at the Hobart airport in late 2016.

Aussies have been eagerly anticipating the arrival of the first Carl’s Jr. for months. Now with some loyal fans lining up 24-hours before the official opening. To celebrate the arrival of Carl’s Jr. in Australia, the restaurant gave away “A Year’s Worth of Free Burgers” to the first 50 people through the door on opening day.

CKE Restaurants Holdings, Inc. (CKE) is a privately held company headquartered in Carpinteria, Calif. Through its subsidiaries, CKE owns and licenses Carl’s Jr. and Hardee’s quick-service restaurants. CKE operates Carl’s Jr. and Hardee’s as one brand under two names acknowledging the regional heritage of both banners. After opening its first restaurants in New York and New Jersey this spring and recent international openings in Canada, Colombia and Guatemala, CKE now has a total of 3,652 franchised or company-operated restaurants in 44 states and 36 foreign countries and U.S. territories.