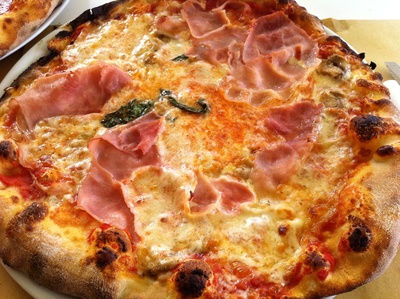 As the rise of the discount store continues to play out in the UK supermarket sector, it seems across the food and drink aisles consumers are trading up a notch. New research from Mintel reveals that traditional ‘budget’ foods such as pizza are being replaced with premium products at a low price point.

“As the number of shoppers choosing budget grocery stores continues to increase, consumers are faced with more choice than ever when it comes to cheaper products. As a result, UK consumers are expecting more from the budget ranges and a premium positioning reassures them that they are not being compromised on quality.”

In particular, whilst pizza was once a firm fixture in Britain’s freezers and fridges, it appears it is being left out of the cold.

Indeed, the number of new pizzas launched in the UK food and drink market has fallen by 50% in the 12 months to October 2014, reaching a record low in the number of pizza launches. Pointing further to this lack of demand, volume sales of pizza were sluggish, climbing by just 1.7% over 2011-13, with a 2.9% decline in the frozen pizza sector over the same period.

Mintel’s research has found that there is strong consumer demand for pizza eaters to trade up to a trendier format. One in three (34%) pizza users in the UK are interested in buying pizzas featuring different kinds of bases, like flat bread or sourdough, rising to 39% of households with kids under the age of 15. However, whilst 6% of pizzas launched in 2013 featured flat bread in their product description, just 1% of pizzas featured sourdough.

Further to this, whilst 15% of Brits say they have eaten more prepared meals in the last six months, a third (34%) said this was due to the improved quality of ready meals. Indeed, in the same research, one in five (21%) Brits who bought them agreed that prepared meals made with premium ingredients, for example Scottish salmon or pecorino cheese, are worth the extra cost. In addition, one in seven (14%) of this group say that it’s worth spending more on restaurant-style ready meals.
Source: Mintel