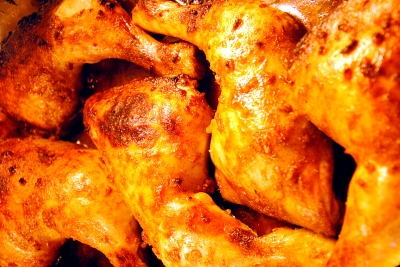 Shares in poultry producers continued a strong run, as the industry’s prospects for margin improvements gain from preliminary antidumping duties on European chicken.

The sector is also benefiting from a pullback in maize prices, for the third consecutive month in July. Expectations are for the downtrend to continue amid early signs of good harvests in the US — the world’s biggest exporter of the crop.

Shares in the sector have reflected an improvement in investor sentiment over the past three months. Country Bird is trading 44% higher than its low of R2.70 in early April, while Astral is up 57%, RCL 20% and Sovereign 58%.

In the first week in July, preliminary antidumping duties ranging from 22% to 73% were introduced against imports of frozen bone-in chicken from Germany, the Netherlands and the UK. Import duties against producers and importers from Brazil were raised last year.

Analysts and importers believe consumers are likely to fork out more for chicken as a result.

Meanwhile, South African Poultry Association CEO Kevin Lovell said on Monday "we have long maintained that dumping causes material harm to our industry and makes it impossible for our industry to compete on this basis. The antidumping action therefore has always been about levelling the playing fields — not stifling competition."

The industry has been contending with cheap imports, soaring feed costs, weak consumer demand and impending regulations to cap the levels of brining allowed in frozen chicken products.

Nine smaller producers have either gone under, filed for business rescue or have been absorbed by larger companies in recent months.

Chris Logan of Opportune Investments said while he was generally against import tariffs, it did seem the sector had a case as there was evidence of dumping. "I’m not surprised that they did get a favourable ruling because it seems we’re on a trend here where borders are being shut to protect jobs."

The protection "should, other things being equal, give (producers) greater pricing power", Logan said. It was possible that prices would not need to be raised substantially, as margin pressure had abated, thanks to the lower maize price.
Source: BD live