Brazil seeks to open the Mexican poultry and ...

Brazil seeks to open the Mexican poultry and pork market 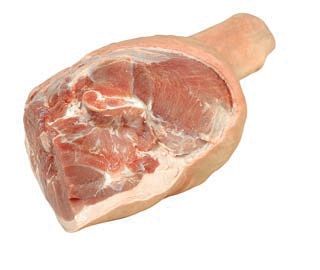 The Brazilian Association of Animal Protein (ABPA) will promote Brazilian agriculture products in the Brazilian Embassy in Mexico City during a 29 July workshop. Mexican authorities will be in attendance as ABPA focuses on opening the Mexican market to exports pork and poultry genetic material from Brazil.

The secretary of international Relations of the Ministry of Agriculture, Marcelo Junqueira, confirmed participation in the event.

Within the agenda, a meeting is scheduled with Secretary of Agriculture, Livestock, Rural Development, Fisheries and Food of Mexico Enrique Martinez y Martinez. Actions are supported
by the Brazilian ambassador in Mexico, Marcos Raposo Lopes, and Mexico's ambassador in Brazil, Beatriz Elena Paredes Rangel.

According to the president of the ABPA, Mexico and South Korea are priorities for exports of pork from Brazil.

About poultry exports, the president of ABPA highlighted another health problem that recently faced the Mexican poultry industry: the avian influenza outbreaks recorded in 2012, which still cause impact on local production.
Source: The Brazilian Association of Animal Protein (ABPA)