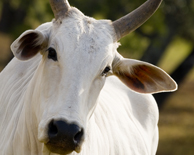 A routine inspection at a slaughterhouse in Brazil uncovered an animal suspected of having atypical bovine spongiform encephalopathy (BSE).

Brazil's agriculture ministry said the animal was at a slaughterhouse in Mato Grasso state. Veterinarians suspected the animal of having neurological problems. Tests are underway to confirm the disease.

Brazil revealed the discovery of a cow with proteins that cause BSE. The cow died in 2010, but it did not die of BSE. Animals classified as having atypical BSE may or may not develop BSE. Nevertheless, Saudi Arabia, Egypt, South Korea, China, South Africa and Japan announced bans on beef from Brazil.

In early 2013, the World Organization for Animal Health (OIE) rated Brazil's BSE status as negligible, ruling that the single BSE case did not put Brazil's cattle herd or the country's trading partners at risk.
Source: The Brazilian Ministry of Agriculture, Livestock, and Supply