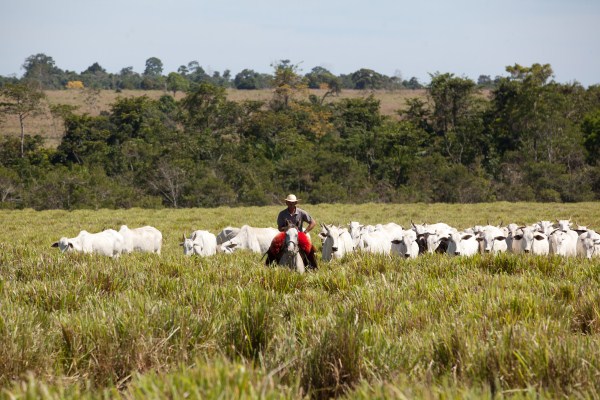 The Association of Brazilian Beef Export Industries (ABIEC) has said it hopes to achieve a record $7bn in revenues by the end of 2014, in a fitting celebration of the country's 100th year in the beef export business.

The association has put its success down to factors such as the maintenance of its health status, the durability of the product offering to meet the needs of different markets, and the continued efforts by the government and the private sector to reverse embargoes.

It said the outlook remained positive for 2015, with ABIEC optimistic it could further break into export revenue recorded, with predictions that it could reach $8 bn. and volume forecast to hit 1.7 mill. t.

In order to drive Brazil's export market forward, ABIEC will be holding a series of actions in partnership with the Brazilian Export and Investment Promotion Agency, Apex-Brasil, in order to promote Brazilian beef in new markets. The joint project will run for two years and see R6.3 mill. invested.

One its initiatives will be to promote gourmet Brazilian meat to markets such as the EU, Arab countries and China. The five countries that imported the most beef from Brazil this year were Hong Kong, Russia, the European Union, Venezuela and Egypt.
Source: ABIEC