Brazil could boost for beef

Brazil could boost for beef 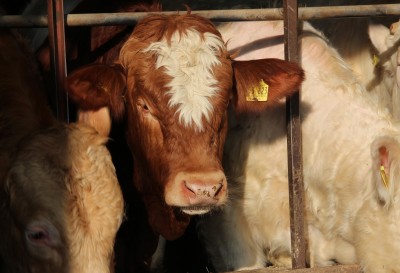 Following Rabobank´s latest report the world is suddenly short of beef, and Brazil could respond by more than doubling its lotfeeding capacity.

Less than 10% of Brazil's current beef production comes from lotfeeding, but there is considerable room for productivity improvement underpinned by one of the world's largest cropping industries. These factors point to the potential for Brazil to more than quadruple the lotfeeding capacity of Australia, a new Rabobank briefing note suggests, and consequently lift the consistency and quality of Brazil's beef exports.

In its "Beefing up Brazil" note, Rabobank analysts forecast that the world's second largest beef exporter could double feedlot capacity to 4.5 mill. in the next decade. The emphasis on intensification will be only partly driven by growing global demand for beef. Rabobank thinks it will also be an inevitable outcome of Brazil's "unmatched" capacity to grow feed crops, and the country's inefficiency in transporting those crops.

Brazilian production of corn and soybean combined was 88 mill. t in 2004, and it nearly doubled to about 160 mill. t in 2014. By comparison, Australia's total grain production is about 34 mill. t over a five-year rolling average.

The local lotfeeding sector has about a million head capacity.

The problem for Brazil's grain growing sector, Rabobank reports, is that transporting those crops on Brazil's inadequate transport infrastructure sucks away profit before the grain hits the ports.
Source: Rabobank