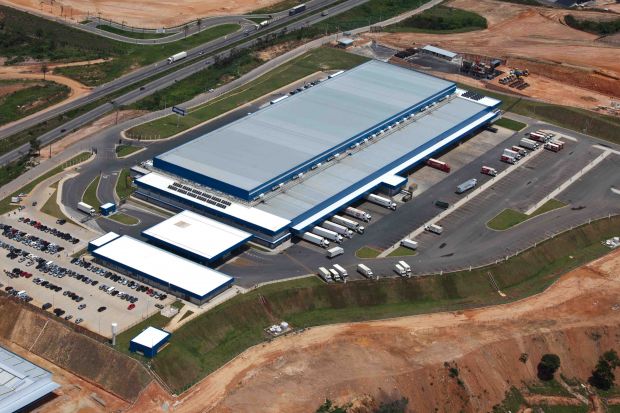 One of BRF´s plants is located at Ribeirao Das Neves.

In Brazil, Net Operating Revenue reached R$3.954 bn., a 3.8% increase from the same period in 2014. This result was driven by growth of 7.8% in revenue from processed products and of 8% in fresh poultry.

Once again, the performance of the international market, especially the Middle East and Africa, merits special mention. Net Operating Revenue in the region was R$1.9 bn., a 26.2% gain compared to 2014. Volumes decreased, but the scenario benefitted from a 34.8% increase in average prices compared to the same period last year. EBIT margin from the Middle East and Africa (MEA) region reached 19.4%, mainly due to the structural changes made in the region.

Furthermore, note that the Company's strong cash position enabled it to continue its expansion across emerging markets. In October, the agreement signed with Qatar National Import and Export Co. (QNIE) enabled it to acquire the frozen foods distribution business from QNIE for $140 mill. In the same month, the Company acquired from Molinos Río de la Plata, the following hot dog, hamburger and margarine brands sold in the Argentine retail market: Vieníssima, GoodMark, Manty, Delícia, Hamond, Tres Cruces and Wilson. The transaction amount was approximately $43.5 mill.

In September, the Company announced to the market that it was listed on the Dow Jones Sustainability Emerging Markets Index (DJSI) for the fourth consecutive year. In addition, the three major international credit rating agencies (Moody's, Standard, Poor's and Fitch) raised the corporate rating of BRF this year, positioning it above the sovereign credit note.

BRF, which markets its products under the brands Sadia, Perdigão and Qualy, is one of the world’s largest food companies. The company has around 96,000 employees, 35 industrial units in Brazil, nine plants abroad (six in Argentina, and one each in the United Kingdom, the Netherlands and the United Arab Emirates) and more than 20 distribution centers. It currently exports its products to more than 120 countries.