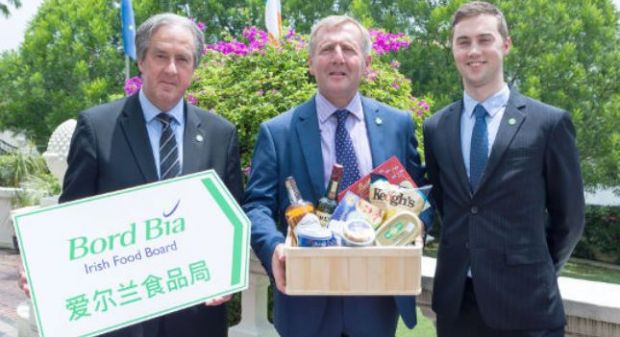 IRELAND, Dublin. China will become the first bn. euro market for Irish food and drink exports outside of the UK within the next three years, according to Bord Bia CEO, Aidan Cotter.

Aidan Cotter made the remarks as Bord Bia announced the opening of a second office in the region. With its Shanghai hub serving the Chinese market, a new base in Singapore will now focus on the South and East Asian countries of Indonesia, Vietnam, Malaysia, The Philippines, Thailand, Singapore, Japan and Korea.

“Given that Irish food and drink exports to China have grown tenfold in ten years to reach €654 mill., we are confident China will be a €1 bn. market in the next three years. China is currently our second largest market for pork and dairy, while it remains a valuable and increasingly important market destination for Irish seafood,” said Cotter.

The growth potential of South-East Asia for food and drink exports had been identified by Bord Bia and Irish companies alike in recent years. To effectively leverage the opportunity, Bord Bia has now established a second office in the region that will help build business for Irish exporting companies, particularly dairy, meat and seafood. With its relatively small population, Singapore is currently one of the largest importers of Irish food and drink in the region. It also boasts a large manufacturing base and a significant trading influence in the region.

Bord Bia recently recruited Sligoman, Ciarán Gallagher, to head up the office in Singapore. Ciarán has spent the last four years working for Glanbia Nutritionals Ingredient Technologies in China and is a graduate of the prestigious Farmleigh Fellowship, which aims to equip young Irish professionals with the business, cultural and communication skills needed to succeed in the Asian marketplace.