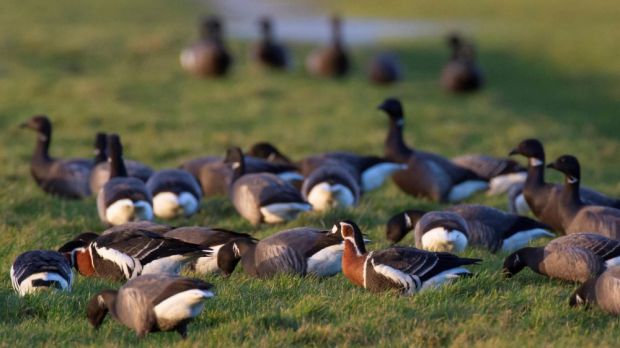 The spread of avian influenza follows the migration routes of migratory birds.

ITALY, Parma. A warning of a high risk of avian flu spreading to previously unaffected EU countries has been issued by the European Food Safety Authority (EFSA).

According to a report from the authority in Parma, the virus is currently spreading rapidly in many European countries. In October, more than 300 cases were reported in Germany, Belgium, Denmark, France, Ireland, the Netherlands, Sweden and the UK. Most cases, according to EFSA, were found in wild birds. However, there have also been a few outbreaks in domesticated poultry flocks. In its new investigation, the Authority considers that wild birds are highly likely to transmit the virus to poultry.

Already in October, health experts from Parma warned that highly pathogenic avian influenza (HPAI) could spread rapidly to Western Europe, following outbreaks in wild and domestic birds in Western Russia and Kazakhstan this summer. Both regions are an important part of the autumn migration route of wild waterfowl towards Europe. EFSA reiterated that despite the threat of further spread of HPAJ, no human cases have yet been detected. The risk of transmission to humans is still considered to be very low. However, developments must continue to be closely monitored to assess the continuing risk.

EFSA "urged" the national authorities of the Member States to continue surveillance in wild birds and poultry and to implement control measures to prevent human contact with infected or dead birds. It also recommended that risk mitigation and biosecurity measures should be implemented in high risk areas, in line with the recent Commission implementing regulation. The exchange of complete viral genome sequences s of crucial importance in order to immediately detect the appearance of novel viruses or genetic mutations with characteristics relevant to human and animal health.