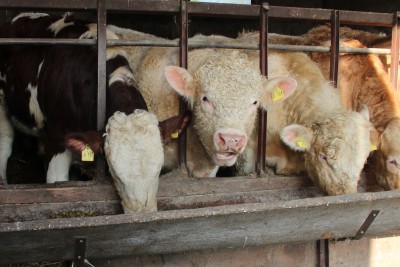 Having received the information that meat from a herd potentially infected with anthrax had entered the food chain, the Federal Institute for Risk Assessment (BfR) conducted an initial evaluation of the risk of contamination of meat with the anthrax pathogen and of anthrax infection in humans in Germany.

Cattle from a Slovakian cattle population were recently slaughtered in Poland. A few days later, some animals of the same herd became ill with and died of anthrax.

Subsequently subjected to veterinary examinations, the animals slaughtered in Poland did not show any symptoms of illness. Nor did the meat inspection indicate that the cattle had contracted anthrax.

Following clearance, the meat of the animals was delivered, via the Netherlands, to several meat processing plants in some member states of the European Union, before the anthrax cases in the Slovakian herd became known. Some of those processing plants are in Germany.

Anthrax is caused by the bacteria Bacillus anthracis. Bacillus anthracis belongs to the genus Bacillus and is a gram-positive and spore-forming rod-shaped bacterium. An aerobic or facultative anaerobic organism which is ubiquitous in the soil, it predominantly causes illness in grazing animals. The vegetative cells of the bacteria quickly lose their virulence outside human or animal tissue, and that their chances of survival are low. They are no more resistant than the corresponding cells of other types of bacteria.

In contrast, anthrax spores are very resistant in the outside world. They are generally resistant to heat, dryness, and deep freezing, and they show extreme resistance to disinfectants. Spores
can survive for decades, and they can take their vegetative form again under optimal conditions.

Infection with the pathogen is possible either via direct transmission of the bacteria to humans or via the consumption of contaminated meat and meat products. Following an incubation period of several days, the illness can manifest itself in humans in three different forms: as cutaneous (skin), pulmonary or intestinal anthrax.

The meat did not show any signs

Since the animals slaughtered in Poland and the meat that has entered the food chain did not, according to the veterinary examination, show any signs of anthrax, the BfR is acting on the assumption that the two animals either were not infected at all or they were in a very early stage of incubation. This means that the animals themselves had no or only very few pathogens in their body. Only in the bacteraemic stage (distribution of the bacteria via the circulatory system) do bodily fluids such as blood and the meat derived from the animals contain high concentrations of Bacillus anthracis.

Infection of humans with anthrax are unlikely

Based on the available data and the information provided by the Polish and Slovakian veterinary authorities, the BfR concludes that the probability of contamination with the pathogen or its spores of the carcases of the two cattle is very low. For beef products which are subjected to heating but not sterilisation procedures as part of the production process, it cannot be guaranteed that all possibly present spores are killed off. However, for the reasons given above, the BfR is of the opinion that in this case infection of humans with anthrax and subsequent cases of illness are unlikely. Nor is it to be expected that cases of anthrax will occur among the staff in the plants that processed the meat from the animals slaughtered in Poland. There is a slight chance, however, that individual staff members with skin lesions working in the plants that cut up and processed the meat may become ill with anthrax due to contact with contaminated meat products.
Source: Bundesinstitut für Risikobewertung