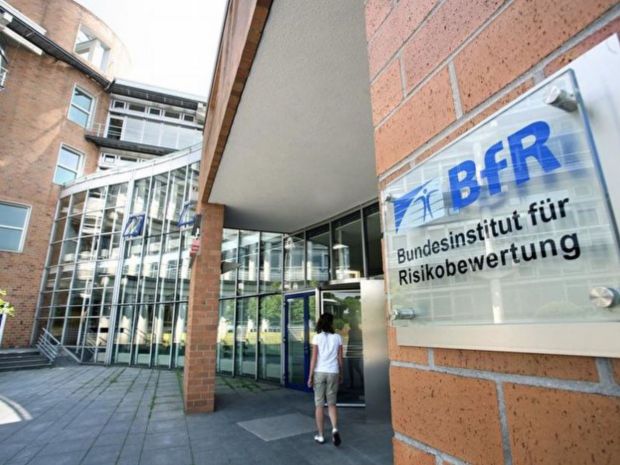 GERMANY, Berlin. Salmonella in eggs, noroviruses in frozen berries, hepatitis E viruses in domestic pigs and wild boar and resistant bacteria in meat: pathogenic microorganisms are one of the most common causes of foodborne illnesses.

Every year, they cause more than 100,000 cases of disease in Germany – some of them fatal. Against this background, the German Federal Institute for Risk Assessment (BfR) organized two symposia dealing with microbial risks in food last week: "Food-associated viruses" on 7 November and "Antimicrobial resistance in the food chain" on 8/9 November.

"Microbial risks have arrived in public awareness," says BfR President, Professor Dr. Dr. Andreas Hensel. "Our current representative population survey, the BfR Consumer Monitor, showed that 97% of respondents have heard of salmonella in foods and 89% about antimicrobial resistance, with the majority of them stating that they are concerned about these topics. However, everyone is in a position to minimise personal health risks by assuring an adequate level of kitchen hygiene". There has been a clear reduction in the use of antibiotics in animal husbandry in recent years. Resistance rates are decreasing at the same time in many areas of livestock farming, albeit to different degrees and not in all areas.

The number of foodborne diseases caused by viruses is increasing continuously. Hepatitis E, for instance, is transmitted via foods produced from infected domestic and wild pigs. Cases of foodborne infections with noroviruses and hepatitis A viruses are also on the rise. To do justice to the growing significance of these viruses, a European Reference Laboratory was set up for foodborne viruses. Even though the detection methods for viruses in foods have improved considerably in recent years, there is still a need for comprehensive research on how these viruses are transmitted and which measures can prevent their spread.

There has been a sharp decrease in the use of antibiotics in livestock farming in Germany in recent years. Since 2011, records have been kept of the quantities of antimicrobial veterinary drugs sold to veterinarians. Ever since, these quantities have decreased by 57% from 1706 t in 2011 to around 733 t in 2017 despite a concurrent increase in meat production.  There has also been a decrease in the frequency of the treatment of livestock with antibiotics in Germany, as the BfR’s VetCAb (Veterinary Consumption of Antibiotics) research programme shows.

During the same period, there was a reduction in antimicrobial resistance in several bacteria in the food chain. A study for the period from 2009 to 2016 shows that, with regard to naturally occurring E. coli in chicken and turkey production, the proportion of bacteria resistant to the majority of the antibiotics tested in the study dropped significantly. In particular, active substance classes administered to livestock frequently and/or in large quantities show a diminishing trend both in the quantities used as well as the resistance rates of E. coli. The study also shows, however, that resistance rates are still high in both poultry production chains, meaning that they can still be of considerable significance as a source of resistant bacteria and their resistance genes in humans.

No all-clear can be given for the antibiotic group of fluoroquinolones. Resistance to them has risen in some bacterial species. As there has been no clear reverse tendency in the frequency of treatment either, scientists are recommending that a close eye be kept on this trend in future.

Resistance to so-called antimicrobials of last resort poses a special challenge to the health system. They are used in human medicine when the efficacy of other antibiotics has already been discounted. An important representative of the antimicrobials of last resort is the polypeptidic antibiotic colistin. Due to an increase in resistance to other substances, the significance of this active substance has been upgraded by the World Health Organisation (WHO). Up to now, however, it has been one of the most commonly used substances in livestock farming. Due to its significance, coordinated measures are required worldwide to restrict the spread of colistin resistance. To this end, the restrictive use of this kind of antimicrobials will be absolutely essential in future.

The control of antimicrobial resistance is a key issue for the BfR. In addition to the tasks of the National Reference Laboratory for Antimicrobial Resistance, as well as numerous research projects, conferences and symposia on antimicrobial resistance, the BfR is also involved in the recording of the use of antibiotics in animal stocks by species. It is endeavouring to estimate the effects in human medicine and to develop and validate concepts to reduce the frequency of resistant bacteria. All of this is being done within the framework of the “One Health” concept in collaboration with experts from the fields of livestock farming, veterinary medicine, biology and human medicine, both in Germany and abroad.

In recent years, state authorities all over the world have taken measures to control the spread of antimicrobial resistance. The WHO has initiated the “Global Action Plan on Antimicrobial Resistance” and with the German Antimicrobial Resistance Strategy (DART 2020), the national government has developed concepts to reduce antimicrobial resistance. These include the 16th amendment to the German Drug Law of April 2014 which attempts to cover the use of antimicrobial veterinary drugs in livestock fattening businesses in a valid manner. Businesses which use more drugs than comparable businesses must draw up plans and take measures to reduce use.