Beyond Meat: Beyond Burger expands into Safew...
Beyond Meat

Beyond Burger expands into Safeway stores

by Editor fleischwirtschaft.com
Wednesday, May 31, 2017 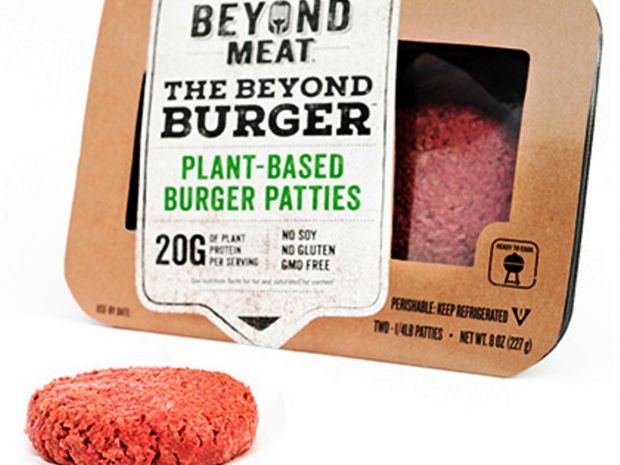 USA, El Segundo, California. Just in time for the key Summer Grilling season, Beyond Meat, a leader in plant-based protein, announces that it will expand U.S. distribution of its innovative Beyond Burger into the meat section of Safeway grocery stores. This was reported by Business Wire.

The ground-breaking burger’s expansion into Safeway marks a substantial push by Beyond Meat into the mainstream marketplace. The Beyond Burger, which has seen sell-out demand since its launch last May, will hit Safeway shelves in the chain’s Northern California division beginning Memorial Day weekend.

“At Beyond Meat, we are in the business of enabling consumers to eat what they love – in this case, delicious satiating burgers – while enjoying the health, sustainability, and animal welfare benefits of plant-based protein,” said Beyond Meat’s CEO Ethan Brown. “Early research indicates that 70% of Beyond Burger consumers are meat-eaters seeking to incorporate more plant-based foods into their diet.”

As a major food purveyor, Safeway’s distribution of the plant-based Beyond Burger aligns with the shift in consumer preferences reported in a recent NPD Group study that showed more than two-thirds of meat eaters are substituting a non-animal protein in a meal at least once a week, and 22% saying they are doing it more often than a year ago. With the expanded availability at Safeway, the Beyond Burger will now be available at more than 650 grocery stores nationwide.

Safeway is one of the most well-recognized grocery retail brands with a long-standing reputation for quality and service, proudly serving Northern California since 1926. The company operates over 280 stores in Northern California, Northern Nevada and Hawaii. Safeway is one of the top private companies in the San Francisco Bay Area, according to The San Francisco Business Times. Safeway operates as a banner of Albertsons Companies.