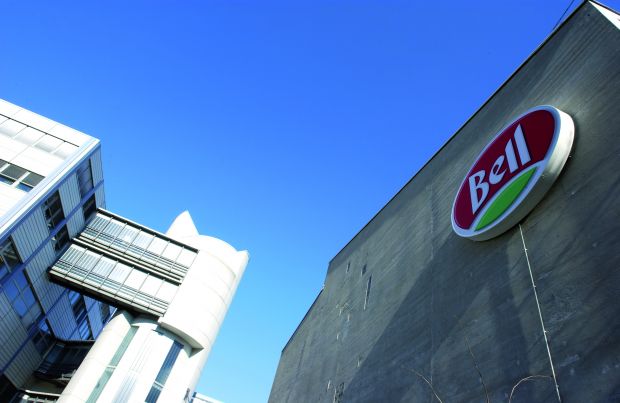 Switzerland, Basel. The Bell Group increased its first half sales by 26.2% to 1.6 bn. Swiss francs (CHF) - roughly €1.47 bn. The takeovers of the convenience salad expert Eisberg and the poultry specialist Huber as well as the consolidation of the convenience manufacturer Hilcona are responsible for the growth.


The continuing strength of the franc and higher procurement costs for raw materials are reducing the company's earnings, which nevertheless grew by 34.2% to CHF61 mill. At CHF119.8 mill., Bell's EBITDA was 32.4% higher than last year. Net profits after minority interests increased in this period by 13.3% to CHF36.2 mill.

The Swiss meat group is investing further and continuing its acquisition policy with the takeover of the Valais speciality charcuterie producer Cher-Mignon. The extension to the premises of a poultry company in the canton of Lucerne was completed on schedule and recently went into operation. The Swiss company's business performance in the Federal Republic has slowed. Converted into Euros, Bell Deutschland's sales fell by nearly six per cent to €196 mill. The company has invested in the Spanish capital Madrid to set up an additional production facility for Spanish ham specialities. Business is running to plan in Poland and Hungary, the group reports. It has launched restructuring measures in the Czech Republic to help it achieve sustained market success. In the domestic market, Bell increased its sales volume by 2.3%. It achieved this result through a number of sales promotions launched in response to "shopping tourism" which is putting the company under pressure.

In the second half of the year, Bell is looking to boost profitability by pushing ahead with integration of the acquisitions. Eisberg, for instance, is to be merged organisationally and placed under the same management as Gastro Star which has been part of the Hilcona group since 2012.