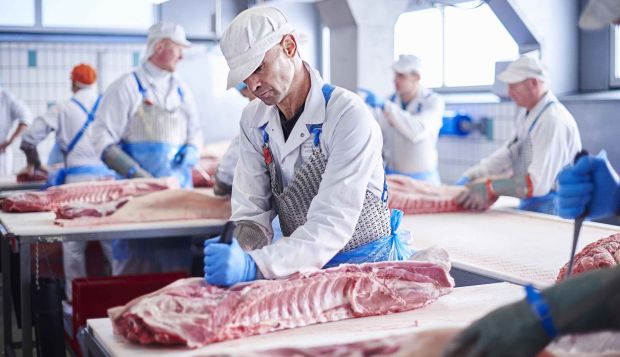 BELGIUM, Brussels. Fewer pigs were kept in Belgium in 2017. As a result, slaughter figures have fallen by 2% to 10.95 mill. The corresponding meat production is estimated at 1.04 mill. t, a decrease of 1.51% compared to the previous year.


The bulk of Belgian pork production is still exported. In total, 797,017 t of pork crossed the kingdom's borders last year. Compared to 2016, this is a decrease of 3.9%. The main sales area remains the European internal market, which absorbs 709,151 t or 89% of Belgian pork.


Germany, Poland and the Netherlands continue to lead the ranking of the three most important European destinations. While deliveries to Germany stabilized at the previous year's level of 257,137 t, Poland ordered 178,453 t, about 5% less than a year ago. By contrast, exports to the Netherlands, which import 90,621 t of pork, recorded a significant increase of 11.7%.

Around a quarter of Belgian pork production – equivalent to 2.5 mill. pigs – is sold to Germany. Exports to neighbouring Germany account for €454 mill. in value. Interest in carcasses is particularly high: they now account for 70.8% of volumes. Ham (9.9%), boned cuts (5.5%) and loin (3.7%) follow in the other places.