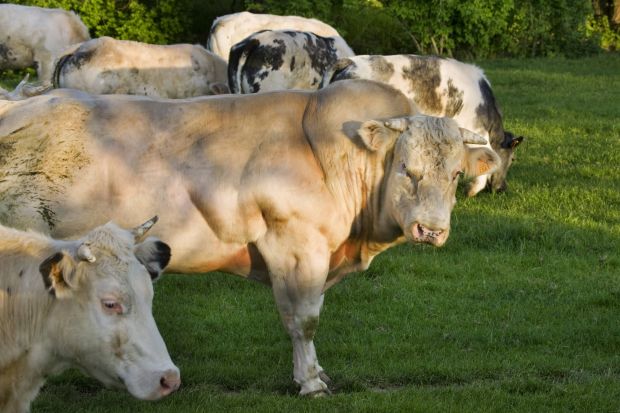 BELGIUM, Brussels. In 2019 Belgium exported 172,973 t of beef. That is 24,294 t or 12% less than a year ago. The drop in exports is due to both the slightly reduced beef stock and the decline in beef production. 93% of Belgian beef is placed on the European domestic market and 7% on third country markets.

According to the official survey, 2,373,100 cattle were kept throughout Belgium in 2019. This corresponds approximately to the previous year's level. Beef production is estimated at 263,750 t, a drop of just under 5% or 13,560 t compared to 2018. In a five-year comparison, Belgian beef production fell by an average of 0.5% annually. 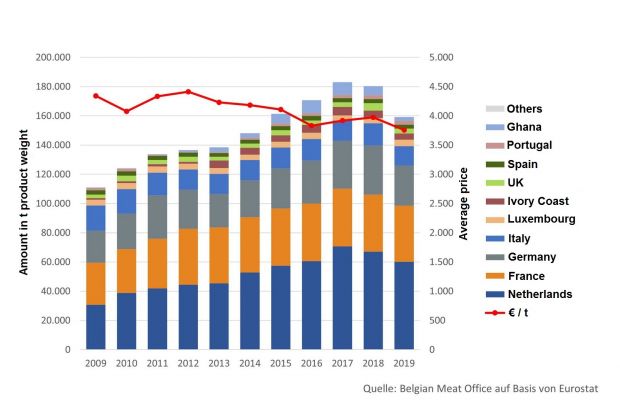 Demand within the EU declines

Italy and Luxembourg complete the top 5 list. With a 17% increase in imports to 4,316 t, the country bucked the trend. Deliveries to the other top 10 customers also failed to match the previous year's figures. 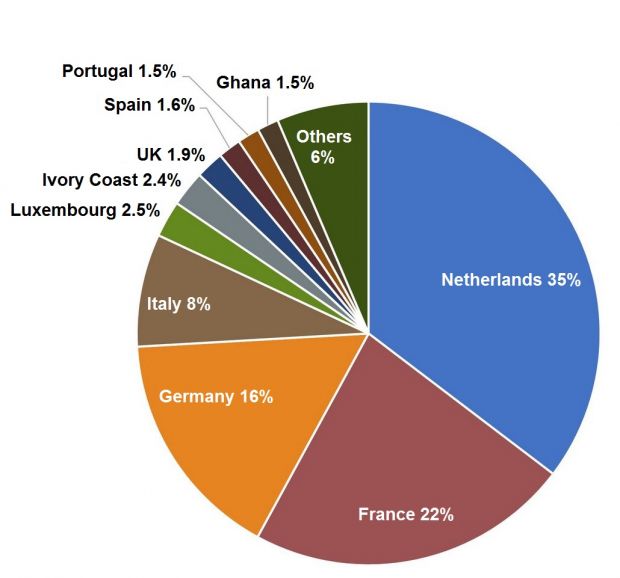 The Ivory Coast and Ghana remain the most important destinations for Belgian beef outside the EU, with volumes also declining. With 4,227 t or a drop of 17% compared to the previous year, the Ivory Coast ranks sixth on the global customer list. Ghana, on the other hand, fell back to tenth place with a volume of 2,536 t or a minus of 59%.