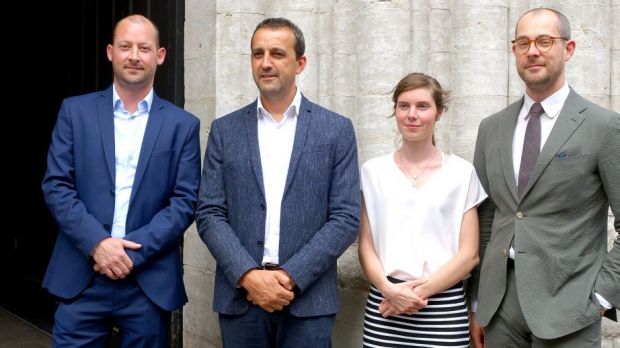 BELGIUM, Mechelen Round Table of the Belgian Meat Office Successes for the meat industry, including reduced use of antibiotics. Communication remains a challenge.


Specialist journalists from a number of European countries meet up at the end of each August to take part in the Belgian Meat Round Table.


This year roughly 20 participants came from seven European Union countries to discuss topics such as the use of antibiotics in animal husbandry, quality assurance and communication strategies. The Belgian Meat Office (BMO) invited the biosafety and epidemiology specialist Prof. Dr. Jeroen Dewulf from the University of Ghent to Mechelen to give her views. Dr. Lic. Liesbet Pluym introduced the Belpork system and the Certus programme, while communications expert Erik Lenaers from Weber Shandwick emphasised the importance of sending clear messages.

Prof. Dewulf believes that antibiotic resistance is a global risk to human and animal health. He also used the event, however, to clear up a number of misconceptions. For instance, there are practically no residues of antibiotics in meat, and even in cases where they are present, the concentration is so low that there is virtually no chance of any resistance. Nevertheless, resistant bacteria can sometimes be found on the surfaces of meat. "Complacency would be a very unwise policy in such cases," says the scientist. He is supporting moves both to increase slaughterhouse hygiene and to achieve further reductions in the use of antibiotics in animal husbandry.

"No wonder that there is limited trust when it comes to meat," pointed out Erik Lenaers. The brand communication specialist encouraged the meat industry to emphasise just how sustainable and responsible the industry is. However, he also stressed how important it is for journalists to get this message across. "What other explanation is there for the fact that 80 per cent of media headlines are critical of meat and milk?" asked the Weber Shandwick Associate Director. He recommended entering into a dialogue with consumers about their behaviour and expectations. In Belgium, many consumers are interested in issues such as emissions, animal welfare and food safety – and expect to have their questions answered. "These are your topics. In the digital age, use the Internet and social networks to raise consumer awareness," said Lenaers, appealing to the audience.