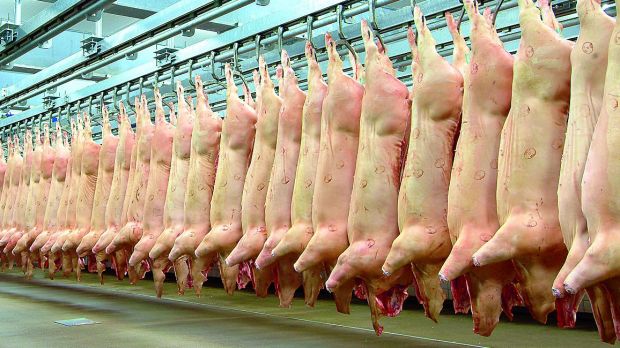 BELGIUM, Brussels In 2016, a total of 319 million pigs were slaughtered in Belgium.


While beef and poultry slaughter figures rose by 4.45 and one per cent respectively, six per cent fewer pigs were processed than a year ago. This was reported by the Flanders Agricultural Marketing Board (VLAM), citing figures from the Federal Public Service Economy.


There was a new record result in the number of Belgian cattle slaughtered, with 911,370 animals and a slaughter weight of 278,360 tonnes. In the previous year, 872,548 cattle were slaughtered. The corresponding carcass weight was then 267,880 tonnes.

The 2016 figures reveal an increase in calves, young stock, cows and heifers, while the number of slaughtered bulls declined, from 166,823 in 2015 to 161,469 last year. Within ten years the numbers of Belgian cattle slaughtered have risen by twelve per cent.

Due to the unsatisfactory agricultural pricing situation, the pig farmers decided to apply the emergency brake: slaughter numbers in this sector fell to 11.18 million carcasses, corresponding to a slaughter weight of 1.06 million tonnes. In the previous year 11.89 million pigs were slaughtered in Belgium, resulting in a carcass weight of 1.12 million tonnes.