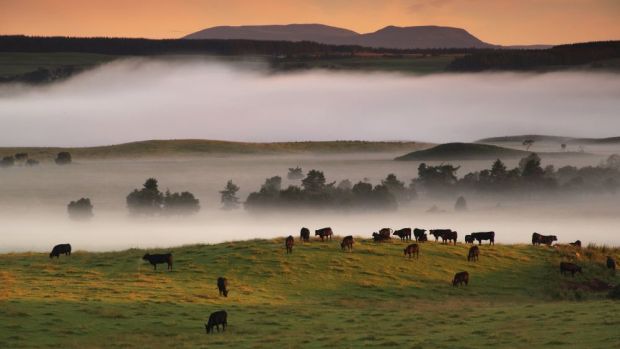 Photo: imago images / blickwinkel
British beef has had a difficult time on the EU market since the country left the Community.
Related Topics:

fleischwirtschaft.com — BELGIUM, Brussels. The corona lockdown and reduced reference quantities from the United Kingdom have had an impact on beef imports into the European Union.
Facebook
Twitter

According to data from the Brussels Commission, between January and April 2020 a total of 123,320 t of beef including by-products entered the EU internal market, 35,150 t or 22.2% less than in the same period last year. The decline in import expenditure was not as marked, which at € 659 mill. was 14.8% below the level of the previous year.

Around half of the decline in EU beef imports was due to lower deliveries from the new third country, Great Britain. At 38,300 t, the volume sold across the English Channel to the 27 member states was 18,120 t or almost a third less than in the same period last year.

However, almost all other major suppliers also recorded a drop in sales on the internal market. For example, the volume of beef procured from Brazil and Argentina each fell by a good tenth compared with the previous year; deliveries from Uruguay fell by more than 23%. In addition, the United States and Australia suffered sales losses of 18 and 22% respectively. Only the less significant imports from New Zealand remained stable at 2,270 t.

Exports to China more than doubled

The second most important customer for beef and beef by-products was Hong Kong, which remained virtually unchanged at 17,520 t. A significant increase of 28.6% to 15,970 t was recorded in beef exports to Ghana. The 13.4% drop in exports to Algeria and the 29.1% drop in deliveries to Israel resulted from the drop in live exports of cattle. In contrast, EU deliveries of beef to China more than doubled to 10,360 t.