Beef: USA will import beef from Argentina and...
Beef

USA will import beef from Argentina and Brazil 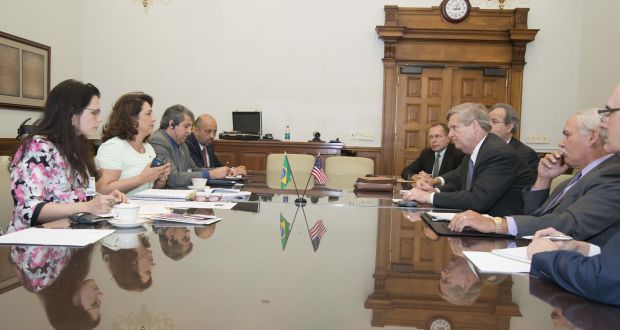 USA, Washington. The US Department of Agriculture announced new rules that will open the US market for beef to Argentina and Brazil. The Animal and Plant Health Inspection Service (APHIS) is amending its regulations to allow imports of fresh (chilled or frozen) beef from the two South American countries. The rules take effect 60 days after publication in the Federal Register.

• Northern Argentina, a region located north of an area previously recognized by APHIS as free of foot and mouth disease (FMD) known as the Patagonia region; and

APHIS proposed amending its regulations for Brazil in 2013. And the agency added the Patagonia region of Argentina to a list of regions considered free of foot-and-mouth disease and rinderpest in 2014. APHIS made these decisions based on risk assessments and site visits.

The agency added that Brazil and Argentina must also meet food safety standards before exporting any beef to the US. USDA will review both countries’ regulatory programs in addition to an in-country audit of their food safety systems.

Brazil's Agriculture Minister Katia Abreu said the opening of the US market to Brazilian beef is an opportunity to intensify negotiations and expand trade with other countries – such as Saudi Arabia, Japan and China – that had suspended imports of beef from Brazil.

Abreu is traveling to Japan this week. It is expected Japan will allow imports of processed meat. Meanwhile, Japan may sell its beef to Brazil. Talks with officials in Saudi Arabia are winding down. Auditors from Saudi Arabia visited beef and poultry processing facilities. Chinese auditors are reviewing 13 beef, poultry and pork processing facilities. China suspended its embargo on Brazilian beef earlier this year.