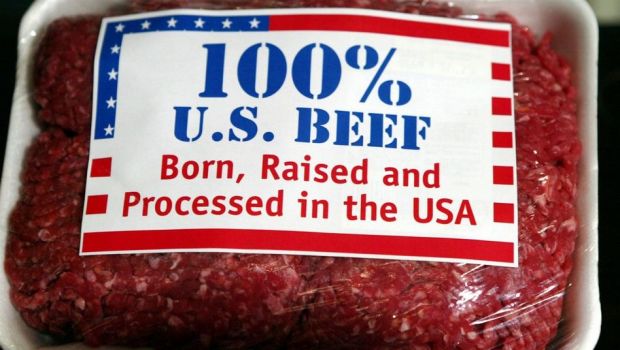 USA, Washington. January beef exports were higher year-over-year, according to data released by USDA and compiled by the US Meat Export Federation (USMEF).

The value of US beef exports to Taiwan was record-high for the seventh consecutive year in 2019, and exports are off to a great start in 2020. January exports to Taiwan increased 24% from a year ago to 5,226 t, valued at $43.5 mill. (up 18%). The United States dominates Taiwan's chilled beef export market, capturing 75% market share last year and 83% in January 2020.

"The Taiwanese market is a remarkable success story for US beef, especially for a country with fewer than 25 mill. residents," said USMEF President and CEO Dan Halstrom. "US beef has an ever-widening footprint in Taiwan that goes way beyond high-end dining and retail. By introducing a wider range of cuts, the US industry and its importers and customers are finding new ways – including exciting new retail packaging and merchandising techniques – to capitalize on growing demand in Taiwan and make US beef available to more and more consumers."

January beef shipments to Mexico were up 4% from a year ago to 21,992 t, while value jumped 15% to $117.2 mill. Mexico is the largest destination for beef variety meat exports, which increased 9% to 9,438 t, valued at $26.7 mill. (up 14%). Coming off a record year in 2019, exports to South Korea remained strong in January, though volume was down slightly from a year ago (17,794 t, down 1%) and value dipped 3% to $130.6 mill. However, US beef continues to capture greater market share in Korea and the outlook remains positive for export growth in 2020, despite Korea's current economic challenges.

Beef exports to leading market Japan, which are also benefiting from lower tariff rates this year, declined 3% from a year ago in January to 25,205 t, valued at $158.1 mill. (down 5%). On a more positive note, import data show chilled beef volume to Japan increased 14% to 10,686 t. The tariff rate for US beef muscle cuts dropped from 38.5% to 26.6% on 1 January and will decline to 25.8% on 1 April, the same rates imposed on major competitors in Japan.

Other January highlights for US beef exports include:
• Exports to the Middle East jumped 16% to 6,464 t, valued at $17 mill. (up 12%). Variety meat exports to Egypt (primarily livers) make up most of the US export volume to the region, but January results were also bolstered by larger muscle cut exports to Israel and Saudi Arabia.
• Led by steady growth in the Dominican Republic and a large increase in the Bahamas, exports to the Caribbean were up 3% from a year ago to 2,212 t, while value increased 15% to $16.3 mill.
• Beef exports to China continue to develop, with January volume reaching 876 t (up 7% year-over-year) valued at $6.5 mill. (up 4%). However, the market access gains included in the US-China Phase One agreement have not yet been implemented. This agreement will significantly expand the percentage of US beef eligible for export to China and holds outstanding potential for the US industry.