Beef: US exports higher than a year ago
Beef

US exports higher than a year ago 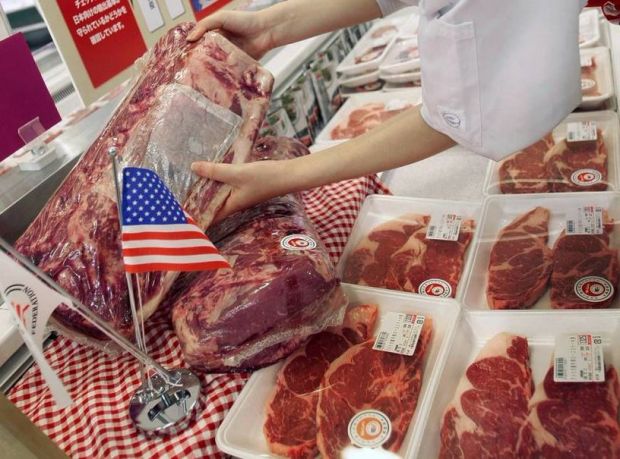 USA, Washington. February exports of US beef were higher than a year ago in both volume and value, according to statistics released by USDA and compiled by the US Meat Export Federation (USMEF).

Beef export volume to leading market Japan declined in February (20,314 t, –15% year-over-year), as the frozen beef safeguard tariff (50%, up temporarily from 38.5%) contributed to a slowdown in frozen shipments. However, February export value to Japan was down only slightly at $133.4 mill. Through February, total exports to Japan were 4% below last year’s volume pace at 44,282 t, but still increased 9% in value to $282 mill. This included an 18% increase in chilled beef exports to 22,809 t, valued at $175 mill. (up 29%). Japan’s safeguard tariff on imports of frozen beef from the United States (and from other suppliers that do not have a free trade agreement with Japan) expired 31 March, so the tariff rate for both frozen and chilled imports from the US is now 38.5%. Japan’s tariffs on imports of Australian chilled and frozen beef edged slightly lower on 1 April and now stand at 29.3% and 26.9%, respectively, under the Japan-Australia Economic Partnership Agreement.

Beef exports to South Korea maintained a torrid pace in February, increasing 24% from a year ago in volume (16,193 t) and 31% in value ($112.4 mill.). Through February, exports to Korea climbed 18% in volume to 33,326 t and were 32% above last year’s record value pace at $234.8 mill. This included chilled beef exports of 7,231 t (up 34% year-over-year) valued at $68 mill. (up 44%). US beef is driving new consumption trends in Korea, where retailers and foodservice operators have intensified their focus on steak cuts and are highlighting features such as dry and wet aging. USMEF continues to educate the Korean meat trade and consumers about the quality and convenience of US steaks in this increasingly protein-centric market.

Through the first two months of 2018, other highlights for U.S. beef include: