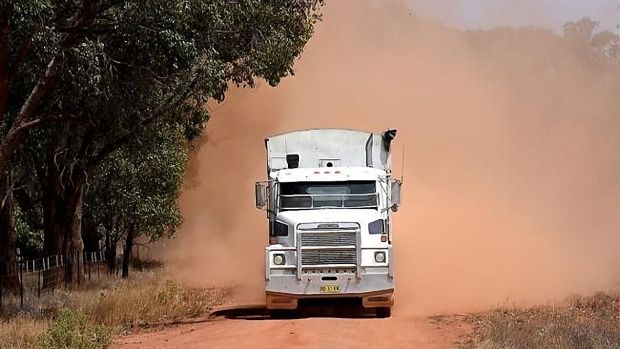 AUSTRALIA, Canberra The poor condition of rural roads and other transport challenges are hindering the ability for parts of Australia’s beef supply chain to respond to increasing global demand.


It’s an observation that’s probably no surprise to many cattle producers dealing with woeful roads on a daily basis.

But a new report from the Australian Bureau of Agricultural and Resource Economics and Sciences (ABARES) has put the finding in print.

The report, Australia’s beef supply chains: Infrastructure issues and implications, has identified transport infrastructure, particularly roads, as a potentially significant constraint in some beef supply chains, with much of the rural road network in poor condition, significant restrictions imposed on heavy vehicle access, and congestion on roads leading to ports in urban areas.

In 2013–14 the cattle industry produced Aus$7.5 bn. of beef and veal and Aus$780 mill. of live export cattle for feeder or slaughter purposes, representing 16% of the value of all agricultural commodities produced.

Australia is also the world’s third largest exporter of beef, typically exporting around two-thirds of its production. Exports to China alone have grown from less than 8000 t in 2009–10 to more than 160,000 t in 2013–14.

Karen Schneider, ABARES executive director, said the report looked at infrastructure across Australia’s beef supply chain and considered how effectively and efficiently the industry could respond to increasing export demands.