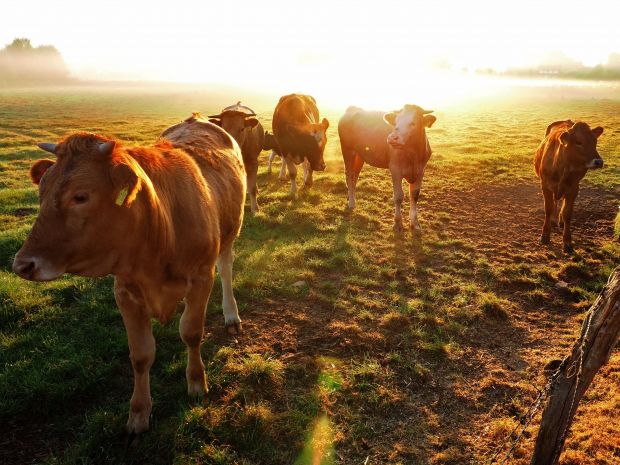 
These five countries were projected to export a total of 6.83 mill. t of beef, about 71% of the total among major world beef exporters.

India is currently projected to be the top beef exporting country with a 2017 forecast total of 1.85 mill. t of water buffalo exports. Carabeef exports from India have grown sharply in the past eight years.  However, the beef industry in India is mostly operated by Muslim companies which are increasingly in conflict with the Hindu dominated federal government and also in some Indian states.

Brazil, the number two beef exporting country, is projected to export 1.80 mill. t in 2017. However, Brazil has been rocked recently by several scandals. It is not clear how much impact these scandals might have on total beef exports from Brazil in 2017 but any impact will likely be negative.

Australia has dropped to third place among beef exporting countries with a projected 2017 export total of 1.4 mill. t. The country is beginning to recover from a serious drought that forced cattle herd liquidation and temporarily swelled beef production and exports in 2014 and 2015. Herd rebuilding just started but will take some time. Australia is seeing reduced beef exports to all its major markets including Japan, the US, South Korea and China.

The US is the fourth largest beef exporting country with a 2017 forecast total of 1.236 mill. t. The country is in a unique temporary position to increase global market share in major export markets given the disruptions and uncertainty among other major beef exporters. The long anticipated opening of China will provide an opportunity for beef exports to grow significantly over time. However, nervousness continues with the possibility of disrupting NAFTA trade on the North American continent.

The number five beef exporting country is New Zealand with a projected 2017 export total of 545,000 t. The country is working to expand market share in China with a new agreement that allows for chilled beef exports in addition to frozen beef exports to China.