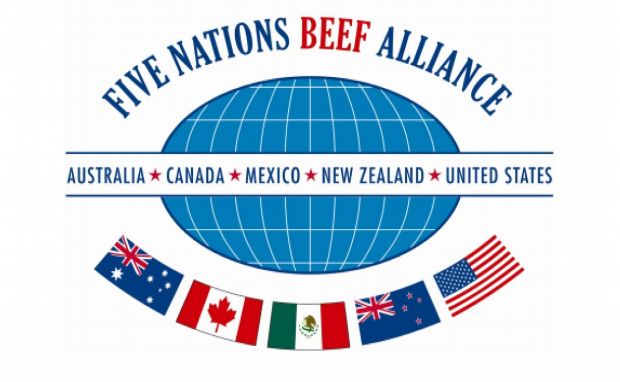 USA, Dripping Springs, Tx. Beef producers from five Trans-Pacific Partnership (TPP) member countries are calling for a high-quality market access deal on beef to be secured at the TPP ministerial meeting in Hawaii this month.


Negotiators and trade ministers from the 12 TPP countries will meet in Maui, with the goal of reaching agreement on the outstanding issues across the TPP agenda.

The Five Nations Beef Alliance (FNBA), which is made of Australia, Canada, Mexico, New Zealand and the US, said it was vital that a comprehensive, trade liberalising deal be finalised. It is hoped that a deal would help ensure that beef producers and their supply chain partners can reap the maximum benefits of the envisaged tariff cuts and that commercial entities can utilise the other trade-facilitating elements of the agreement as soon as possible.

The FNBA believes there is much to gain from trade reform “with more seamless trade rules, reduced costs and less red tape, making it easier for food suppliers, such as the FNBA, to respond to growing global consumer demand”.

An FNBA statement said: “The FNBA has consistently called for a non-discriminatory, plurilateral TPP deal that will liberalise the trade in beef products and thereby provide beef farmers, processors and exporters with new opportunities across much of the Asia-Pacific region.”