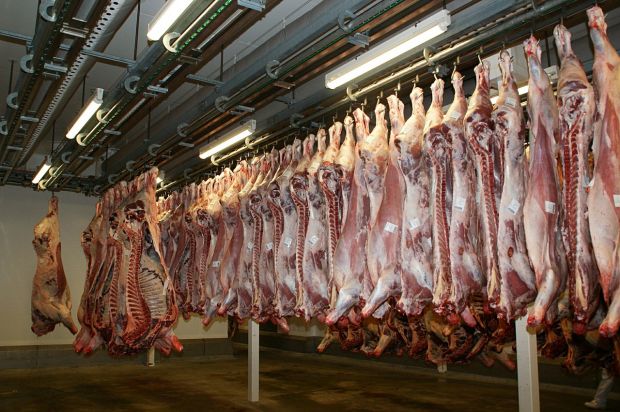 BELGIUM, Brussels. The scandal broke after local journalists covertly filmed workers at a slaughterhouse in Ostrow Mazowiecka, in central Poland, which, after the footage was aired by local broadcaster TVN, was shut down by the authorities.


The Circuit Prosecutors Office in Ostrotcka initiated a probe into illegal traffic and slaughtering of sick cattle at the facility, and a number of European food safety agencies launched their own investigations to determine whether the beef was bought by local meat industry players. Of the 9.5 t, about 2.7 t were intended for export sales, according to data released by Poland's chief veterinary officer. The meat was sold to companies in France, Spain, Portugal, Sweden, Finland, Romania, Hungary, Slovakia, Estonia, and Lithuania.

"The audit found serious shortcomings in the implementation of these official controls in the allegedly implicated slaughterhouse. Moreover, the supervision at district level over these controls did not recognise the indications which might point in the direction of such shortcomings." the EC said in its report.

It added: "More generally, and in terms of targeting official controls along the production chain, the audit team found nothing to suggest that competent authorities took into consideration either the widely available information concerning dealers actively looking for 'downer cows' named injured cattle, or the fact that there had been previous, similar events."

In addition to this, the "audit also found a range of issues, in the area visited, in relation to the correct application of those EU-based mechanisms that are aimed at properly ensuring the traceability of bovine animals, including the operation of the cattle database." Due to these issues, the "operation of official controls in practice was ineffective as a deterrent for the occurrence of the practices identified."

The country's chief veterinary officer Pawet Niemczuk and the chief sanitary inspector Jaroslaw Pinkas claimed the seized beef meat was tested and, while it originated from illegal slaughter, "it was safe for human health and life" and did not pose any biological hazards.

Following the reports, Polish Minister of Agriculture and Rural Development Jan Krzysztof Ardanowski declared his ministry would draft new regulations to ensure continuous monitoring of Poland-based slaughterhouses with the use of CCTV systems.

The Commission's report recognised that, at the meetings held by the audit team and Polish authorities, the latter "presented an array of measures which it intends and/or considers to introduce, including the re-enforcement of the official controls at different levels and the introduction of legislative changes in order to support such controls. Other measures such as the introduction of compulsory closed-circuit television (CCTV) camera recording at slaughterhouses are under consideration."