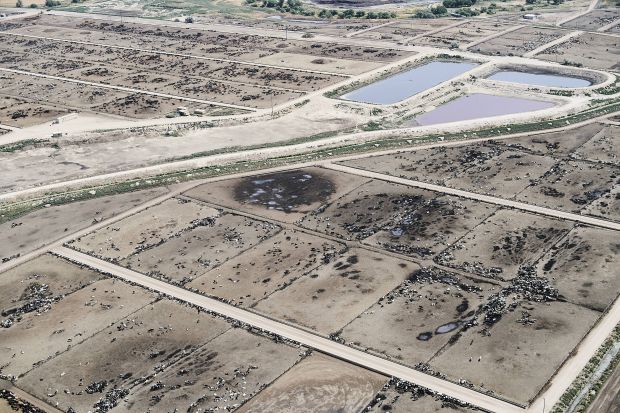 Sharp criticism is placed on the agreement. It does not include bans or restrictions on the use of meat-and-bone meal in animal feed and the beef would come from "feedlots" with an average of 30,000 fattening places where antibiotics would be used.

FRANCE, Strasbourg. The dispute between the European Union and the United States over the import of hormone-contaminated US beef, which has been going on for more than three decades, has been finally settled.


After the European Parliament approved the agreement as the last co-legislator at the end of last week in Strasbourg, the renegotiated agreement can enter into force on 1 January 2020. Initially, the US supply quota will amount to 18,500 t of non-hormonally produced beef per year. This quota will then be gradually increased to 35,000 t within seven years. Originally Washington had been promised a free trade quota of 45,000 t per year in 2009 in the beef dispute with Brussels.

According to the rules of the World Trade Organization (WTO), however, this quota could not be restricted to beef from the United States, so that export countries such as Australia as well as Uruguay and Argentina could also use the market access in question. The three countries will now be granted the remaining difference as duty-free free trade quotas for beef deliveries. There will be no allocation of the remaining quota between these countries. The agreement is considered WTO-compliant.

In the view of the rapporteur and chairman of the EU Trade Committee, Bernd Lange, the agreement with the United States makes it possible to import "high-quality and hormone-free American beef". Nevertheless, Lange stressed that the total quantity of imported beef would not increase. At the same time, the SPD MEP called on the US to show "the same efforts to de-escalate" and also called for a negotiated solution to the Airbus-Boeing dispute.

However, sharp criticism of the agreement with the USA came from France. The Interbev criticised an inconsistent EU trade policy that allowed imports of products produced under lower standards to the detriment of domestic producers. Interbev stressed that the agreements with Washington do not include bans or restrictions on the use of meat-and-bone meal in animal feed. However, this practice is now widespread in the United States.

The smaller agricultural association Coordination Rurale (CR) also stressed the divergent standards. Although the beef supplied would be "guaranteed hormone-free", it would come from "feedlots" with an average of 30,000 fattening places where antibiotics would be used. Also animal meal is a component of the animal feed. The CR also warned that countries whose import quotas would be reduced in favour of the USA could demand compensation. This is particularly important against the background of the agreement with the Mercosur states. Moreover, in view of the US retaliatory tariffs against French wines and cheese, there was no justification for a concession by Brussels.