China and Argentina agree in deal 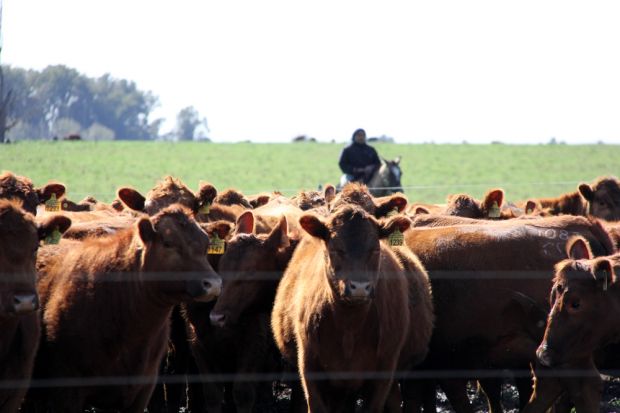 ARGENTINA, Buenos Aires. Argentina is celebrating the renewal of a beef deal with China, despite a crackdown on antibiotics contamination which saw a large shipment of its meat destroyed by China. The agreement, which expired on 23 July, was renewed during a late July visit to China by an Argentine beef delegation led by the country’s agriculture minister Carlos Casamiquela.


The purpose of his visit was to ensure exports of Argentine beef continue as normal, said Casamiquela, who met agriculture vice minister Yu Kangzhen as well as Wu Qinghai, head of the AQSIQ, during his visit. Casamiquela was accompanied by Diana Guillen, head of Argentina’s agri exports quality watchdog Servicio Nacional de Sanidad y Calidad Agroalimentaria (Senasa). Exports are continuing as normal according to a statement from Senasa, which says chloramphenicol has been banned in Argentina since 1995.

Argentina appears to have got the Chinese rubber stamp on a new protocol for standards of beef sold to Beijing, even at a time when China is cracking down hard on food safety through the AQSIQ, which has published statements on its website alerting its regional offices to be extra vigilant in inspecting shipments of meat through ports and land borders for quality control purposes.

There’s a lot at stake for Argentina given that 80% of its exports to China are agricultural. China is Argentina’s top destination for beef exports: last year it shipped over 40,000 t, up 110% year on year and accounting for 36% of Argentina’s total exports.