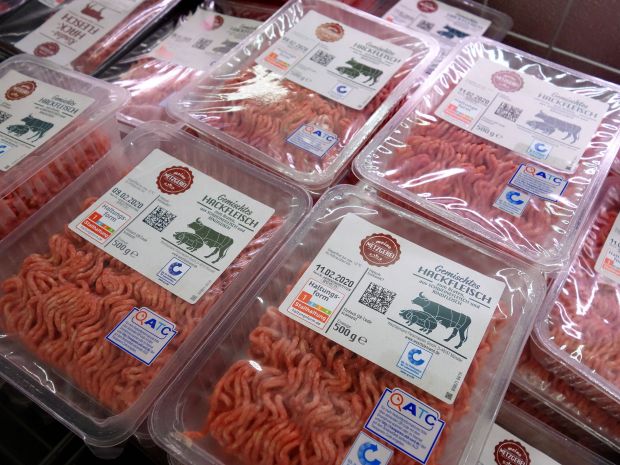 Photo: Imago Images / Cord
The portion of an animal that is sold as mince is typically not very profitable but is balanced out by selling more expensive cuts of meat.
Related Topics:

fleischwirtschaft.com — UNITED KINGDOM, London. Demand for more minced beef signals trouble in the next two weeks.It may appear, on the surface, that massive demand from shoppers for meat and other products has meant big profits for manufacturers. It’s not that simple.
Facebook
Twitter

Short term, some food processors (but not the ones who exclusively supply the food service industry) have seen an increase in turnover, however it’s only for certain products, particularly minced beef, and it’s causing a problem. Most of the big retailers have narrowed their ordering of fresh meat down to a small variety of products, with mince accounting for the vast majority.

Corona crisis How our neighbours are coping

This has caused a big build up of other cuts like steak and hind quarter, which processors can’t sell on. There’s also a build-up of meat that was destined for the food service sector but that now isn’t in a format that retailers are willing to buy because it’s not packaged and labelled for the retail market.

The problem is ‘carcase balance’. The portion of an animal that is sold as mince is typically not very profitable but is balanced out by selling more expensive cuts of meat. Even if it is frozen, or retailers buy these other cuts to sell on promotion, it will be at a lower price that makes it unprofitable to continue processing, unless, that is, the price of livestock is reduced. In this scenario, the problem will end up at the farm gate, with farmers struggling to sell their animals at a price that covers their costs.