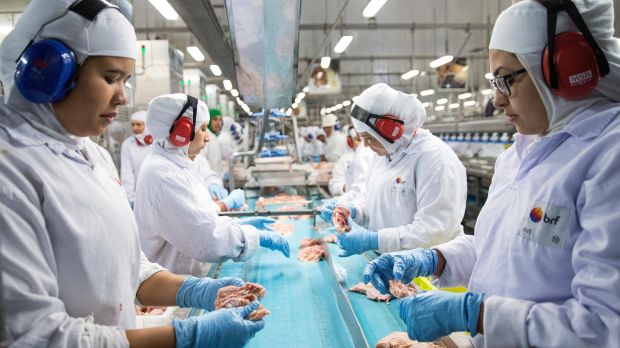 High demand from China and rising prices led to an 18% jump in sales. (archive image)

BRAZIL, Sao Paulo. The globally operating Brazilian food group BRF S.A. looks back on the past fiscal year with satisfaction.


BRF is coming through the Corona crisis well. However, CEO Lorival Nogueira Luz Jr. put the focus on the completion of the group's reorganization when presenting the 2020 management report. This had been initiated in 2018 following the major meat scandal and focused, among other things, on branding and upgrading the quality of the product range. Now the "way is paved for a new growth phase," according to the CEO.

At least in terms of revenue, BRF S.A. is already on track for growth. Having already grown by 11% in 2019, revenues increased by a further 18% to € 5.87 bn. in 2020, according to the group's figures. With sales volumes remaining largely constant at 4.48 mill. t, mainly due to a further increase in import demand from China and a slight upturn in domestic business despite corona-related sales problems in Japan and Turkey, for example, the increase in sales can be explained by the significant rise in food prices, particularly in South America, and currency effects.

However, earnings before interest, taxes, depreciation and amortization (EBITDA), adjusted for special items, suffered from the costs of corona health management at the plants and higher grain prices, according to the management report, and remained largely unchanged at € 779 mill.