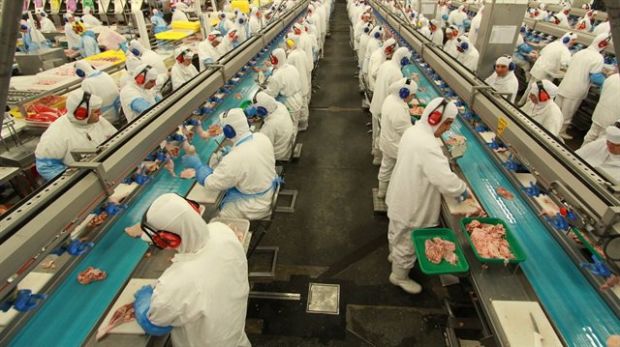 BRAZIL, Sao Paulo. According to Reuters, BRF SA, the world's largest poultry exporter, posted a fourth-quarter net loss of $150 mill., a reversal from a $457 mill. profit turned a year earlier.


The losses reflected continued high costs of raw materials such as grains and the need to lower prices due to stepped up competition in key regional markets, BRF said in its quarterly filing. Earnings before interest, tax, depreciation and amortization, a gauge of operational profit, dropped 70% to $182 mill. from $588 mill. in the same quarter of 2015.

But sales from units abroad increased 16.7% year-on-year, pointing to a solid expansion in the long term, mainly in Asia thanks to demand from China's market. An acquisition in Thailand at the start of last year produced better-than-expected results that reflected better integration of the company's global operations, BRF said.