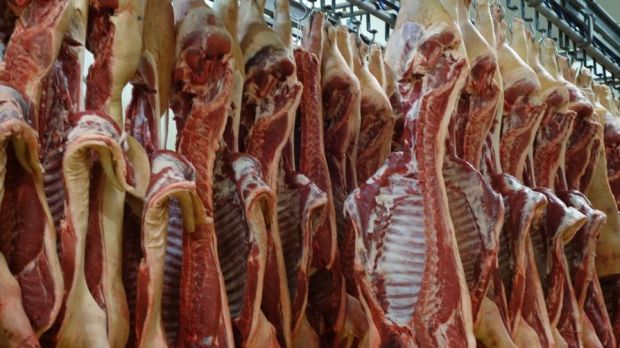 BELGIUM, Brussels The meat sector is a well established part of the Belgian economy. The country is one of Europe's leading exporters of pork, beef and veal.


The agricultural and meat sectors are particularly important economic factors in Belgium. The export markets are of very great importance because the country produces more meat than it consumes. Belgium has achieved a prominent position on the international stage by showing diligence and paying attention to detail. It exports pork to 67, and beef to 39 countries.


920,142 Belgian cattle were slaughtered in 2017. A total of 281,536 tonnes of beef was produced, most of which was exported, with about 90 per cent going to the member states of the European Union. At 32,390 tonnes, Germany ordered almost eleven per cent more than a year ago.

The first half of 2018 saw Belgium post a further increase in intra-Community trade: between January and June of this year, it provided 91,859 tonnes to the domestic market – 3.7 per cent up on the same period last year. Exports to Germany remained more or less at the previous year's level, with a volume of 16,747 tonnes. French customers, by contrast, bought significantly more: a total of 21,410 tonnes. The most important buyer of Belgian beef is the Netherlands, taking a volume of 32,883 tonnes in the first half of 2018. However, the tonnage was almost five per cent down on the same period of the previous year.

The first six months of this year developed well overall for Belgian suppliers, with exports to other EU countries in particular climbing to 364,012 tonnes. This is a respectable increase of 7.5 per cent, or 25,393 tonnes. On the other hand, sales in third countries fell by almost twelve per cent to 41,452 tonnes. Germany and Poland are by far the biggest customers. They are followed by the Netherlands, the United Kingdom and the Czech Republic. Belgian meat processors delivered about five per cent less to Germany between January and June. Pork deliveries totalled 121,116 tonnes (January to June 2017: 127,707 tonnes). Sales to Poland were much more dynamic. Here, delivery volumes increased by 24,483 tonnes to a total of 105,376 tonnes.

The trade is being badly affected at present by the latest epidemic. The diagnosis of African swine fever (ASF) in feral pigs led to a halt in deliveries to key client countries in the Far East.

Regardless of all this, the Belgians themselves are genuine meat lovers: a good 60 per cent eat meat at least four times a week. Eating meat is part of the traditional food culture. Belgians consume approximately 29 kilograms of meat per capita per year. This means the market holds plenty of potential for the development of new sales concepts, several of which are in evidence throughout the country.

The master butchers Hendrik Dierendonck, Luc De Laet (De Laet & Van Haver) and Geert Ally (Bon Ap) are stirring up the craft butcher and supermarket sectors – and not only in their home markets. These three are responding to the demand for high quality meat and are providing encouragement for their colleagues outside Flanders, Wallonia and the metropolitan Brussels region. Dierendonck and De Laet have opened temples of fine meat – in the form of "Carcasse" (Sint-Idesbald) and "Butcher's Dining" (Antwerp).