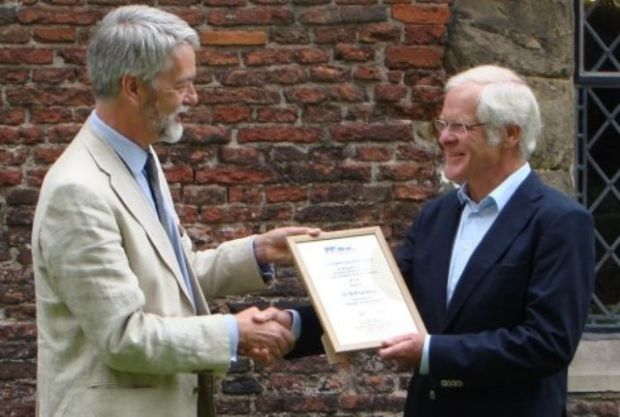 The Humane Slaughter Association (HSA) has announced the winner of its 2014 award for significant advances in humane slaughter.

The award, which recognises individuals or organisations that have made significant scientific, technical or other advances that have led to improvements in the humane slaughter of livestock, has been given to Dr Bert Lambooij DVM of Wageningen UR Livestock Research, the Netherlands.

Dr Lambooij’s work, which has resulted in the publishing of more than 100 peer-reviewed papers since 1995, has covered both fundamental research on aspects of neurophysiology and research into novel technologies for improved stunning including for fish, broiler chickens and pigs – the latter, for example, leading to the development of a new restraining system which not only improves animal welfare but also meat quality and consequently is now used in slaughterhouses worldwide.

Much of Dr Lambooij’s work has also related to refining existing slaughter and husbandry techniques. He has shown, for example, that improvement of pig welfare through environmental enrichment improves ability to cope with stressful situations at slaughter. His work has also included mobile slaughter and methods to safeguard and monitor farmed fish welfare.

Dr Robert Hubrecht, HSA Chief Executive, presented the award to Dr Lambooij at the Recent Advances in Animal Welfare Science conference organised by the HSA’s sister charity the Universities Federation for Animal Welfare (UFAW) in York on 26th of June.

The HSA is an independent charity that works through educational, scientific and technical advances to improve the welfare of food animals worldwide during transport, marketing, slaughter and killing for welfare reasons or disease control.

Bert Lambooij is retired but still involved in research on this theme.
Source: Wageningen University