Australian exports to EU on the rise

Australian exports to EU on the rise 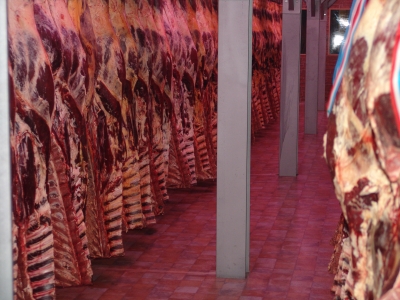 Australian beef and veal shipments to the EU for February recorded the highest volume for that month since 1998.

Meat and Livestock Australia reports total Australian red meat exports to the EU are on the rise, with beef and veal shipments during February up 76% year-on-year to 1974 t swt.

Sheepmeat exports to the EU also rose, up 67% year-on-year, totalling 2211 t swt for the same period. Australian lamb exports totalled 1389 t swt in February, an increase of 38% year-on-year, while mutton rose 155% to 822 t swt, with the UK remaining the major sheepmeat destination in for the EU.

Chilled grainfed beef continued to dominate shipments to the EU, totalling 9056 t swt for the 2013-14 fiscal year-to-date, and up 77% on the same period last fiscal year. Although UK remains the major destination for Australian beef in the EU, beef shipments to Italy and the Netherlands increased substantially in February, up 117% and 68% year-on-year, respectively.
Source: Meat and Livestock Australia