ASF in wild boar in Belgium 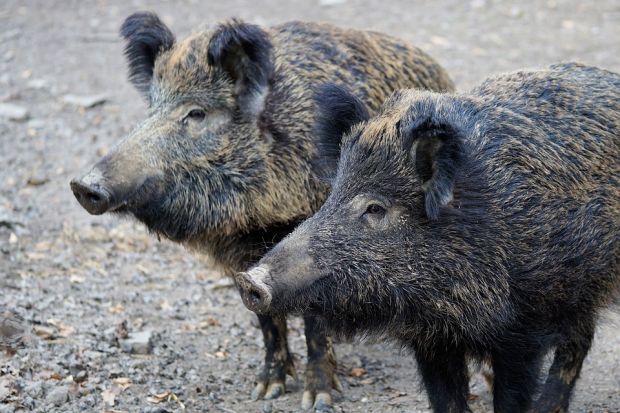 The European Commission has confirmed that interim protective measures under 2002/60/EC Article 15 are in place, delineated by the border with Luxembourg and France.

UNITED KINGDOM, London. The Belgian Authorities have reported two cases of ASF in wild boar in the Luxembourg region, close to the border with France. According to the two disease reports, this involved four wild boar altogether, and samples were tested by PCR.


Three of the adult wild boar found dead were in a state of decomposition; the third animal was a young weakened animal which was shot dead. This marks the first identification of ASF in wild boar or domestic pigs in Western Europe in several years. The source of virus incursion has not been confirmed, and investigations are continuing.

At present, there is no further information on how disease has been introduced into this area. It is not believed to have been through movement of wild boar as there are no known cases in close proximity to this area of Belgium. Given the distance between other confirmed cases of ASF in wild boar, it is most likely that infection has been introduced by movement of fomites or infected meat products from ASF-infected areas, in other words, human mediated.

It is important to highlight that all products of porcine origin (including wild boar), unless processed in a certain way, is a high risk commodity from affected areas. These products include fresh or frozen pig meat, salamis and hams, skins and bristles, germinal products, live animals, hunting trophies and any equipment which has had contact with an affected animal or the environment where they are found.

The European Commission has confirmed that interim protective measures under 2002/60/EC Article 15 are in place, delineated by the border with Luxembourg and France, but further measures will be discussed at the Standing Committee on Plant, Animals, Food and Feed meeting next week.

These cases reported in wild boar are concerning as there are large numbers of wild boar in this area, crossing EU borders, which is forested. Eradication will be a challenge to be met through close collaboration and information sharing between those Member States at risk.

Pig keepers and veterinarians should remind themselves of the clinical signs for ASF and images and descriptions of clinical signs and pathology of ASF.