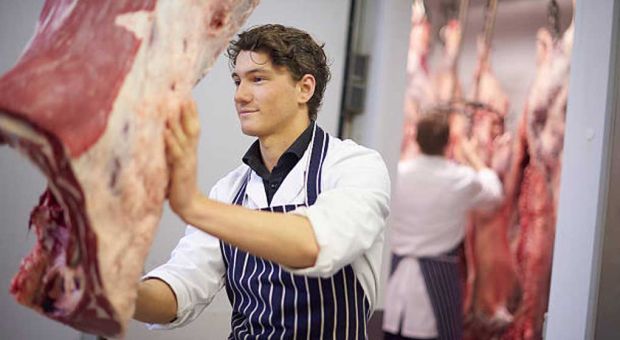 BMPA advocates a balanced diet that includes animal protein, their main aim is to ensure that the debate remains balanced and that basic, scientifically proven facts from both sides of the fence are given due consideration by both Governments and consumers alike.

UNITED KINGDOM, London. There was the launch of a new global campaign and road show to transform the global food system by encouraging people and Governments to adopt the principals and practice of a plant-based diet.

The campaign is jointly run by EAT, a global non-profit start-up with deep pockets and a ‘Who’s Who’ of influential friends, and The Lancet journal which has published EAT’s first full scientific review of what constitutes ‘a healthy diet from a sustainable food system’.

They are calling for a 90% reduction in meat consumption with a target level of beef and pork consumption of just 7 g per day. Dairy foods would be restricted to 250 g, which is equal to one glass of milk per day. They are also calling for a meat tax.

BMPAs concern is that certain issues surrounding meat consumption could be overstated, and yet still gain massive traction from EAT’s global campaign. This could easily create a false impression of scientific consensus and encourage an anti-livestock narrative.

Already, the EAT Lancet Commission seems to be depicting livestock farming as a static activity that’s incapable of evolving to reduce it’s environmental impact. It conveniently ignores the many initiatives and technological advancements happening right now in farming. It also down plays the much-needed nutritional benefit of animal protein in the human diet and the important part it plays in feeding the world’s populations.

There are always two sides to every argument and it’s important to understand that the claims that EAT are putting forward are not all backed-up by the ‘sound science’ they claim on their website. Nor do they always explain how their goals can practically be met.

The European Animal Task Force (ATF) explains that: “On agricultural efficiency, the report claims that ‘sustainable food production for about 10 bn. people should use no additional land, safeguard existing biodiversity, reduce consumptive water use…produce zero carbon dioxide emissions, and cause no further increase in methane and nitrous oxide emissions.’ These goals are hugely ambitious, but the report fails to make any persuasive case as to how they would be achieved.”

The ATF also point out that: “The report sets a target to ‘reduce food loss and waste by 50% to decrease pressure on food demand.’ Ironically, however, EAT-Lancet’s proposals for people to ditch meat in favour of fruit and vegetables could in fact increase food waste.

BMPA advocates a balanced diet that includes animal protein, their main aim is to ensure that the debate remains balanced and that basic, scientifically proven facts from both sides of the fence are given due consideration by both Governments and consumers alike.