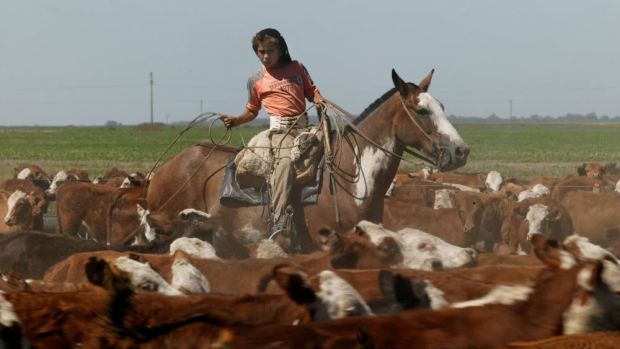 Argentinas exports to China and the USA increased significantly.

ARGENTINA, Buenos Aires. Despite declining demand in the European Union, Argentina has increased its beef exports substantially in the first five months of this year.

As the Argentinean Beef Promotion Institute (IPCVA) has now announced that between January and May 2020 the country sold a total of 223,142 t of chilled, frozen or processed meat without offal on the world market, 21.5% more than in the same period in 2019. Sales were affected by the significant drop in prices worldwide. According to the IPCVA figures, however, Argentinean beef exporters still achieved a 12.4% increase in sales to around $1.0 bn.

The engine of growth was China, by far the most important foreign market for the Argentine beef industry. According to the institute, deliveries there increased by 30.4% to 170,083 t in the reporting period. Business was also good in Chile and Israel, the most important customers after China. Chile ordered 12,902 t, an increase of 5.6%, Israel 10,698 t, an increase of 4.3%. Business with the United States almost exploded, which only resumed in March 2019 after the US market, which had previously been closed for 17 years for reasons of hygiene for Argentine beef, was opened. Probably also to alleviate supply bottlenecks resulting from the corona-related closure of plants in the US beef chain, the US ordered 4,007 t of beef in Argentina from January to May this year, compared with 18 t in the same period in 2019.

Business with EU Member States was less pleasing for Argentinean beef exporters during the reporting period. According to IPCVA, Germany remained the fourth most important customer, but at 7,638 t, the purchase volume was 20.2% lower than in the first five months of 2019. Deliveries to the Netherlands fell by 20.6% to 3,942 t, while Italy purchased 1,902 t, 27.6% less. Business with the direct neighbour Brazil also weakened, falling by 20.5% to 2,539 t.